The De Warenne Academy is a comprehensive school on Gardens Lane in Conisbrough, South Yorkshire, England. The school changed its name (from Northcliffe School) in September 2009, when it became an academy. Previously it had been Northcliffe School, a secondary modern school.

The Academy is sponsored by the School Partnership Trust (SPT), a Yorkshire-based educational and social charity, and co-sponsored by Doncaster Council and Dearne Valley College

The school was the centre of some controversy in the early 2000s due to a proposal to convert it into an academy run by the Emmanuel Schools Foundation, a Christian charity. The proposal was withdrawn in 2004 after legal threats by the National Secular Society 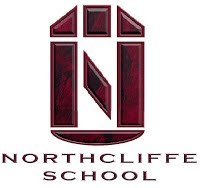 In 203 the school was placed in special measures after inspectors said standards, teaching and attendance were all unsatisfactory. They submitted their findings after a visit to the school in November, 2003. (b)

In May 2005 a 12 year old pupil at the school was accidentally shot by an air rifle and died later. (c)

In September 2005 two former pupils attacked a teacher at the school causing him severe injuries. (d)

So the change from Northcliffe School to the DeWarrene Academy has improved and uplifted the deteriorating reputation of the Secondary School.There still ismuch to do in an area described as ‘severely deprived by’ Sir Peter Vardy in 2004