Geoffrey Sampson 11 years form 2a of 32 Burcroft Hill slipped on the balancing ball in PT and had to be taken to Fullerton Hospital where it was stitched.

Mr J Huck commenced work as a permanent teacher. His salary from today will be £171 per annum. 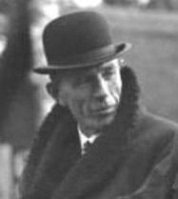 Lord Halifax Chairman of the Board of Education presented Jubilee Bank Books to 120 scholars representing the 230,000 scholars of the West Riding and souveniers to 120 accompanying teachers. School closed at 4.00pm for the Jubilee Holiday.

Presentation of West Riding pens, pencils and bank books with 1 shilling in each.

Teas for the children in all schools – presentation of Jubilee Mugs.

Sports on the playing fields.

Eric Rudd aged 13 of 99 Tickhill Street, Denaby Main, collided with another boy on the sport field at 2.40pm and injured his left leg. Fractured above ankle.

Closed school at 4.00pm due to the rapid spread of an epidemic of influenza. Attendance fell to 52%.

The Senior Medical Officer examined children who are under nourished. Fifty nine were recommended for meals and twelve for milk.

Annual School Concert commenced. This years production is a musical `Dickon the BedlamÂ´ a story of Wars of the Roses written by Mr Hinchliffe the English teacher and Mr Horncastle the teacher of music.

The arctic conditions have continued all week with no milk supplies.

A group of 43 boys and three teachers left school at 3pm to visit the Conisbrough Sewage Works, they were met by the Borough Engineer Mr Thirlwall, who conducted them over the works and explained in an interesting manner the process of sewage disposal and purification. The excursion was most instructive and lasted until 5.00pm.

Air Raid Warning at 1.25pm. Children were coming to school. Sent direct to trenches. All clear at 2.10pm. Enemy plane over again ten minutes later without warning. Children again marshalled into trenches where they remained until 2.39pm.

The following girls have been awarded transfer scholarships

Today a scheme has been inaugurated for the continuance of schoolwork during war time. Until adequate shelter is provided for all the children groups of children only will be taught and these can shelter in the cellar if an air raid warning is given. Each child will have an opportunity of attending school for half a day a week and text books and exercise books will be provided for homework.

School re opened this morning with 306 children being present out of 396. In case of an air raid 198 children of those present this morning could be sent home or to the houses of friends. For the remainder shelters affording at least protection from falling glass have been contrived, using the cellar, the stockrooms and refuges built from the firmest tables.

Owing to heavy snowfall attendance this morning was only 50%.

Attendance for the week 47%.

The Air Raid shelters are not yet finished but are sufficiently advanced to be usable. This morning the girls were taken into them and allotted their places.

An air raid practice was held, all girls being under cover in three minutes.

Sarah Humphries kitchen helper, gashed her right wrist this morning while emptying a tin of corned beef. First aid was rendered by Nurse Biddlecombe who was in the school.

Dorothy Gray injured her arm this morning during a PT lesson. First aid was administered and she was taken home by two teachers.

For the four weeks beginning today school opens for recreational activities. Official registers will not be marked. Seven of the staff are on holiday and the other seven will be on holiday the second two weeks. The recreational activities will include the production of plays, story reading, needlework, bookbinding and other handwork, indoor games, games on the field, gardening, physical exercises, dancing, music (singing, recorders and percussion band), wireless and gramophone programmes.

Owing to the sounding of neighbouring sirens the girls were in the shelters for approximately 2pm until 3.15pm this afternoon

The weather is very bad this week, the roads being buried in wet deep snow. Attendance has been much reduced. 8.30am air raid alarm was given. Considering that the state of the field rendered it unwise for the girls to go to the trenches I sent home all those whose homes were within easy reach. The others remained in school and were preparing to take up positions giving the most cover when the @all clear# signal was given (about 3.40pm). The girls were then dismissed.

School closed today on account of cessation of hostilities.

Miss Nancy Moore takes up duty, being appointed to fill the vacancy caused by the resignation of Mrs Goldstone. Class 3C with 38 pupils.

The cook reports that during the night of 31st May 1st June the following goods were stolen from the school canteen.

three quarters of a pound of tea

Miss Moore finished duty at noon. She is leaving the school in order to be married in Canada.

Miss Kate Pitpladdy took up duty this morning in place of Miss Moore.

Miss Kaye absent having leave of absence for three days on account of her marriage.

The official name of the school is now Conisbrough Northcliffe County Secondary (Girls).

The school was closed for the day. 156 boys for the first year accompanied by six members of staff and seven other supervisors travelled by coach to Hull to visit HM Festival Ship `CampaniaÂ´. Dinner was taken at the Grammar School of Beverley Road, Hull and the party proceeded to Hornsea to spend the rest of the day.

Dr Vincent, West Riding Lecturer on Sex visited the school today. She will be addressing those boys who will be leaving school at the end of the session.

Keith Wesley and Thomas Freeman were bitten this morning by a dog whilst taking part in a PT lesson on the games field. The boys wounds were dressed and the lads taken immediately to hospital for available treatment. The police were also informed about the dog and are making enquiries.

The King died this morning.

Notification has been received that the following pupils have been awarded scholarships at Mexborough Technical College as from September next:

Presentation of a suitably inscribed book to Peter Hare of 10 New Hill, Conisbrough, for 100% attendance at the school since the school re opened.

No heat in school today. Finished school early as classroom temperatures were between 42 degrees and 48 degrees Fahrenheit. 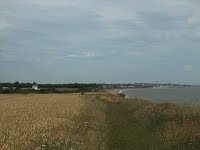 A group of 44 boys and 4 teachers went by bus for one weeks holiday at Kesingland Holiday Camp.

Mr Arthur Young took up his duties as 4th Headmaster of the school.

Dr Reade and team gave Anti Polio injections to most of the school in the Hall.

Trip to Bramall Lane with 50 boys to watch the match between Yorkshire and New Zealand.

Three ton lorry, ex army Bedford with 7000 miles on the clock was bought for the school camping club and registered to the school. 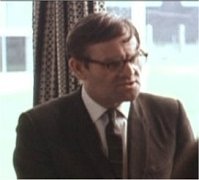 During the summer holidays a party of 26 boys from the school camping club accompanied by the Headmaster, Mr Bowes and Mr Cusworth made a camping expedition to the Isle of Skye in the school truck. The adventure started on 20th August and ended on 28th August at a cost per head of Â£3.10s. 0d.
Nb: Bob Bowes played the headmaster in the film ‘Kes’

A group of 21 boys accompanied by the Headmaster, Mr Huck and Mr Copley set off to Conway in North Wales in the school camping truck. A splendid weekend. Cost 10s. 0d. per head.

A party of boys from the fourth forms accompanied Messrs Chadwick, Bowes and Armitage to Hull where they were entertained by the Royal Navy to lunch and afterwards shown over the Fisheries Protection Vessel HMS Chaplet. The visit was an enormous success.

Camping Club tour of seven continental countries for 39 boys and 5 staff. A tour through Belgium, West Germany, Austria, Lichtenstein, Switzerland, France and Luxembourg. No mechanical trouble, no health problems and all returned fit and well.

Miss Cross is absent this afternoon after an accident on her bicycle during the dinner hour.

Mr Young was absent from duty, he visited Buckingham Palace with four former students; Melvin Exton, Michael Clifford, George Jones and Kevin Mellor who were presented with the Duke of EdinburghÂ´s Gold Award in the presence of the Duke.

Forty girls with Miss Dutton and Mrs Davies went to the Ideal Homes Exhibition in London.