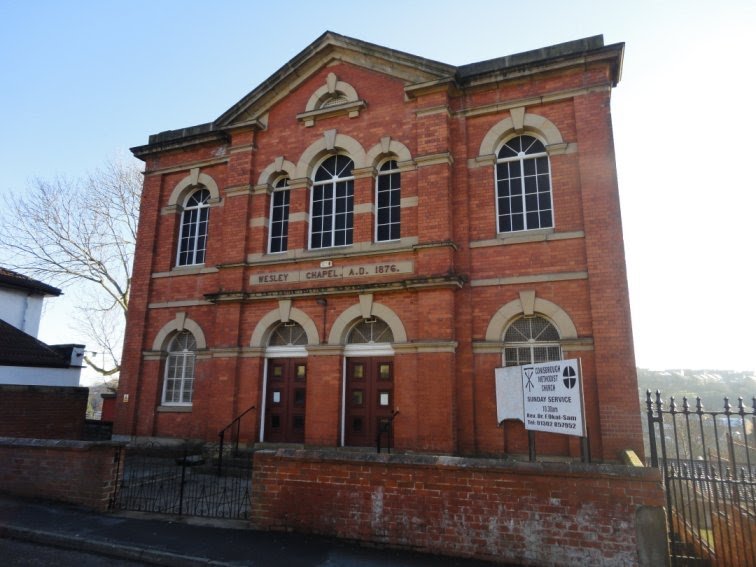 Reprinted from the Centenary booklet supplied by Keith Butcher and with the kind permission of Brian Panther the Church Steward THE WESLEYANS The Wesleyan Chapel was in the Doncaster Circuit, the headquarters of which were at Priory Place. In 1884 Conference thought it advisable to divide the circuit and Conisbrough was included in the Doncaster Oxford Place Circuit. The first minister in charge of Conisbrough, the Rev. E. Smith, was not resident in the villiage and it was not until the Rev. J. Pickup was appointed in 1878 that we had a resident minister. Where the Rev. Pickup lived is not clear but during 1881 arrangements were made for our minister to reside at the home of a Mrs. Laughton. ln July of that year Mr. J. Appleyard and Mr. C. Ledger were asked to prepare plans for a house to cost, “not more than Â£25 rent per year”. At a Trust Meeting later that year arrangements were made tor furnishing, ” …. new minister’s house”. Perhaps a house had been built and rented exclusively to Wesleyan Chapel ministers. However, during the Rev. J. WincupÂ´s term, the Oxford Place Circuit built a Manse at Conisbrough at a cost of Â£1000. “The Hawthorns”, Station Road, was ready for occupation by the Rev. E. Owen in 1905.

It is clear that during the early years the main activities of the village centred round its places of worship and the Wesleyans provided a good share of them. In 1880 Kilners provided a room at their glassworks for services and Band of Hope Meetings. 1889 saw the starting of the Brotherhood formed by senior members ot the Sunday School. This developed into the “Pleasant Sunday Afternoon” which continued for about seven years when it was transferred to our Baptist friends.

Many readers will know, or have heard about the talented instrumentalists from the village who entertained at these meetings. The Ladies Sewing Meeting was certainly in existence in 1894 and its members were responsible for many social evenings, teas, Sales of Work and even “Waxworks”. It was this group more than any other that insisted on and worked for the building of the new extension to be opened in 1910. 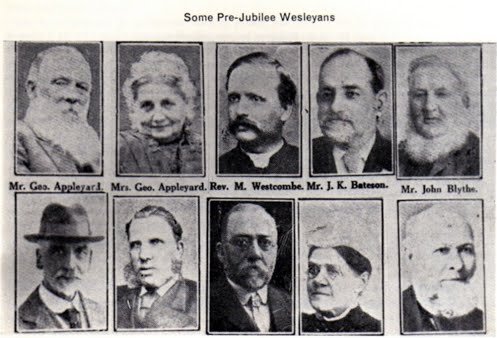 POST WAR YEARS ln April 1920 the now much depleted Trust was renewed. (See table at back of handbook). The new Trust was enthusiastic and set the pace for the whole society.

The Sunday School enioyed great activity. A highlight ot their year was a free trip to Cleethorpes as a reward for a full `starcard`. Earlier Sunday School treats had been to Roche Abbey by traction engine drawn waggonette and even earlier, barge trips down the Don to Hexthorpe.

The Ladies Sewing Meeting again became active after a lapse during the war years and its members were responsible tor buying the `badged` crockery.

Committees were appointed to consider the respective merits of electric and water power for blowing the organ and to consider newtoiletarrangements, repairs to the rootand boundary wal!and improved lighting. The various committees reported back and one result of their considerations was the building of the passage joining the schoolroom to the Lecture Hall and housing the toilets. This passage was built for Â£90 by Mr. E. Boot.

Annual Fetes were held in the Castle Ground. One such Fete in June 1921 had a novel programme in the form of a `Book of Quotations’. Each quote was printed for a small fee. ln 1923 the Trust resolved ” …. that we accept the general principles of Methodist Union”.

During the latter part ot 1925 it was decided to arrange a programme of Special Services to celebrate the Golden Jubilee ot the Chapel building and to raise Â£400 to renovate and improve the lighting. 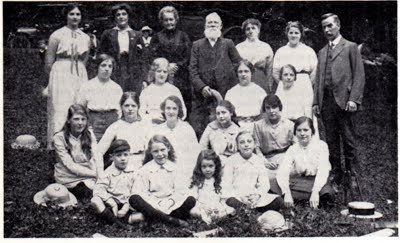 Mr. Watson commenced his ministry at Wesley in 1957. Maurice Watson, a bachelor, was an untiring worker for the Youth Club and Sunday School, organising numerous outings and activities. At this time our young members had a successful cricket team and enterprising hockey team. The News Letter continued and was printed by that indefatigable typist, Mrs. Beaty Ward.

lt was during Mr. Watson’s ministry that the old Anniversary platform was finally destroyed. What stories those timbers might have told of shuffling scholars, scraping fiddlers and panting erectors. The new one was built under the guidance of S. Barber and J. Allport and was to be stored in the back vestry.

Many people of Conisborough, and not all of them church members, felt they had lost a friend when Mr. Watson left i1n 1961. For four years he had worked quietly and sincerely amongst the sick and needy here and the Society was delighted when he later returned to take our Chapel Anniversary Services. 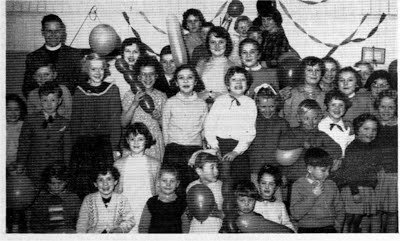 Before October 1961 the Rev. David MacDonald joined us, having recently returned from Sarawak and more recently been married. Both Alistair and Fiona were born at Conisbrough. The MacDonalds were tremendously exuberant people and took part in most church activities including,

“The Inbetweens”. Everyone, between one and a hundred years, was welcome. Mrs. M. Evans originated the idea and it was a lively section of the church, organising Saturday Old Time Dances, a Wild West Show, monthly meetings with visiting speakers, Christmas Parties and Summer Outings. 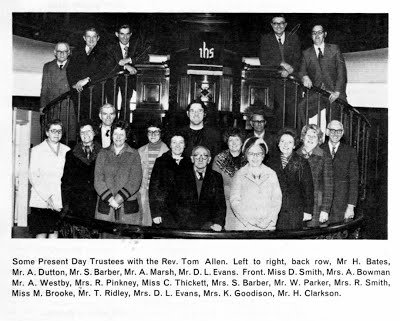 Opening of a New Wesleyan Chapel at Conisbrough