On the lighter side we can find out how much a Collier drank in 1871, when the police seized beer from ‘Old Number 12’

The darker side of these days saw a record 6 deaths at the Colliery in 1872 with 12 fatalities over the 3 years.

And you can find out the conditions the Miners lived in, where smallpox was prevalent.

1875 In 1875 the inhabitants of Conisbrough and Denaby faced Terrible Floods and an antiquarian discovered Hieroglyphic at Conisbrough Castle.
Collliers were Charged for Absenteeism, Intimidation and playing at Cricket !
The owner of the Sickle Factory, George Booth lays near death after an assault outside the Castle Inn, Fatal Accidents on the Railway and you can see what happened when a Denaby Farmer takes out a loan from Sheffield.

1876 In these extracts from the Sheffield newspapers of 1876 the headlines were grabbed by a Denaby Miner who attempted to shoot his wife. The first stones were laid at the Wesleyan Chapel and disputes were experienced at Denaby Main and Kilner’s Glassworks. The first cricket matches are recorded at Denaby and the first Licence is granted for a Beerhouse in Denaby. Breaches of Collery rules show how important the Lamp was to the miner and as 2 miners quarrel after leaving the pub one attacks the other – with a saucepan! 1876 1877 – January to March If we think today’s times are austere then believe you me it’s nothing new to the towns of Denaby and Conisbrough.

With January 1877 came news that all the men at the Colliery had been given notice. This was followed by the sale of 14 Pit Ponies and horses; amongst them Charlie, Snowball and Tichborne.

The conflict was to escalate, first through a dispute with the Colliery Management, then through ‘serious disturbances by women’ (riots were to follow).

The reports from the first quarter of 1877 also include a story of the theft of a tinned rabbit and a witness who got much more than he bargained for! Quarter 1 – January to March 1877 – April to June

In the second part of 1877 the Colliery dispute has escalated to a full blown riot and 122 summonses were issued and the defendants tried.

The Live and Dead stock at Denaby Engine Farm were listed and sold and we hear about the clumsy attempt to steal a drake and a duck! The Sheffield Literary & Philosophy Society debated Conisbrough Castle and more industrial trouble see the death of a tunnel worker and Glass bottle workers in trouble. Quarter 2 – April to June 1877 – July to September

With July 1877 came the first Editions of the Mexborough Times – now the South Yorkshire Times – to tell us of the Amazing properties of Brister’s Vegetable Pills and the suspicious drowning of a Denaby Collier.

Another shocking death at Denaby Colliery; this time of a 13 year old boy and a nasty accident to another child from a runaway horse. We hear of a violent fight over a Pigsty and a missing Chronicle supplement and the Waggonette excursions of the Church to delightful Roche Abbey, Wenworth Woodhouse and Wharncliffe Craggs .

1877 – October to December The final quarter of 1877 sees the year close with conflict as Industrial unrest is fuelled again with more ‘Black Sheep’ introduced; and once again the Colliers are given notice to leave their homes.

The first quarter of 1878 is populated by cases from the courts with fights, assaults and drunken men and women. There are more deaths and accidents at the Pit and in the home.

The press are allowed into the meetings of the ConisboroÂ´ School Board where the powerful triumvirate interview 27 parents about their childrenÂ´s attendances.

The Pocket Picking at ConisboroÂ´ Station grabs the headlines and a letter to the press afterwards reveals that the Police did not tell the full or true story.

Then a cheerful man who called in for a beer at the Station Hotel commits a gruesome suicide.

Quarter 1 – January to March 1878 – April to June In the second Quarter of 1878 a Whooping Cough Epedemic closes the schools in Conisboro’ and the Castle Grounds are invaded by massive crowds on Good Friday .
We find out the Punishment for the Pickpockets, illicit gambling and Damaging the Grass.
A Michelmas Servant misses a day’s work – and misplaces a cow – and is brought to Court by his employer.
The speaker falls down the cellar steps before he addresses the Miner’s Meeting
Finally there’s the usual accidents, assaults and drunkeness – but one assault with stones and names is a bit diferent. Quarter 2 – April to June 1878 – July to September The summer of 1878 sees the discovery of Prehistoric Life at Conisbrough and the production of a paper to Sheffield University about the development of the area.
A drunken man runs riot with a razor in Denaby in comparison with Temperance society speakers at Conisboro’.
The same society celebrate their second anniversary with a day trip to Locke Park and a Great meeting of Miners is held as the masters seek a 27% reduction in wages. Quarter 3 – July to September 1878 – October to December As 1878 draws to a close the Dispute at Denaby Main remains unresolved, despite an offer over a Whisky Jug.
We hear about the antics of local greengrocer ‘Salty’ Thompson and the rendering of ‘Uncle’ at the Methodist Church.
A dog is thrown onto a fire at Denaby, the Kilner Brothers win another award and the Castle Football Club enjoy a Paper Chase Quarter 4 – October to December 1918 – July to September

As the Great War nears its end the horrific news from the Front continues and after 4 years of fighting these are the local people in the news. The news from the front has taken over completely and here are the stories of 13 more brave local men who paid he ultimate sacrifice. Quarter 3 – July to September 1918 Quarter 4 – Great War Ends!

After 4 long and weary years the Great War is over and ArrmistIce declared. 30 more stories from our area from these times. Quarter 4 – October to December 1919 – January to March 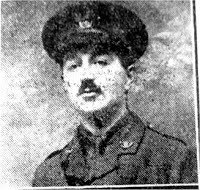 As 1919 begins the villages begin to return to normality and pick up the pieces after the Great War.

The stories featured are the return of the POW’s, three 10 year old boy’s ‘out of Control’ – and their punishment, a Denaby O.B.E., a Conisbrough bigamist and the plans for the Denaby Main Institute Quarter 1 – January to March 1919 – April to June

The second quarter in 1919 contains more interesting stories from the Mexborough Times .
It tells us of an amazing Conisbrough Man who saved 14 lives and the reception a town gave to its VC hero.
On the darker side another Miner meets his death; a schoolboy dies after chasing a lorry and we hear of a Denaby Youth censured and told to clear out of Denaby Quarter 2 – April to June 1919 – July to September

The Autumn of 1919 saw the Celebrations as the Soldier and Sailor Heroes of the Great War Returned to Denaby & Conisbrough.

We hear about Manchester United’s first Â£1,000 signing, Lesley Hofton from Denaby United and Arthur Wharton, the first black professional footballer who played for Denaby & Cadeby at Cricket..
There are amazing stories of Denaby boy burgulars; we take a look at a Council meeting and see the induction of the new Denaby vicar, the Rev.Harry Lee. The Mexbrough Times reports the death of 2 more local men in the Great War and waxed lyrical on the evening events of the Welcome night

As the end of the decade, which had produced such devastating events, approaches we can glimse the Films and prices at the Globe Cinema, Conisbrough; read about another War and Pit deaths; the story of the miner who stole a watch and received 6 months hard labour; and another impressive Drumhead Service, to remember the fallen of the Great War

The big news of the quarter however, was the renewed application for Urban Powers by the Conisbrough Parish Council. All the Local notables were involved and the article published by the Mexborough Times provides an insight into the character and standings of them. The Mexbrough Times devoted over 12,000 words to the 2 day debate and we reproduce it in full and in chronological order for your information – and enlightenment! : Quarter 4 – October to December
1920 – January to March

The First Quarter of 1920tells us about Christmas, the life of Caleb Kilner, what was showing at the Globe Cinema and the Conisbrough Hockey Team.

Theconfirmation of Urban Powers was celebrated and we include an article describing the Sports Facilities at Denaby Main Quarter 1 – January to March 1920 – April to June The second quarter of 1920 informs us of the production Cinderella, ‘a pretty operetta’; a specials’s broken nose and a tussle for a loaded war rifle. The conditions in Denaby come under fire again and the Mexborough Times laments the ‘Poor Denaby Miner’. The legacy of Caleb Kilner produces an article about ‘the romance of Kilners’ and a speedy bike (12 miles an hour) and a horse trap get tangled up to produce severe injuries. Finally a brilliant Denaby & Cadeby Tour and we are introduced at a Coniboro’ Fete to ‘the poorest man in the parish’ – Mr Humble.

1920 – July to September The Great War still echoed in 1920 with Peace Celebrations at Denaby and the publication of an heroes list – then there was the occasion of the presentation of Laurence Calvert to the King and Queen.

In sport 15 local cricketers easily beat the Derbyshire County XI and Denaby United’s prospects look good with the recruitment of a Manchester United player amongst others.

Father Kavanagh retires after 26 years of service at Denaby, a local Worthy passes away at Conisborough and Denaby Pit claims yet another victim. Then there was the Lady Mabel slander case …. Quarter 3 – July to September 1920 – October to December

The main talking point in December 1920 was the shooting on the streets of Conisboro’ as an affray broke out between English and Irish miners. Another incident saw 2 Conisboro’ Irish brothers knocked down by a lorry as they walked in Thrybergh. Denaby United drop a pleasant ‘bombshell’ on their supporters and we hear about their new skipper and a former player making good at Dover United. The cricket club reveals an overdraft and the manager at Denaby Main, Mr.H. Watson Smith – who was also a prominent sportsman – leaves for another post. Finally the Colleries Tug, Dencade, makes news in Torbay. Quarter 4 – October to December

All our Yesterdays – When we were young