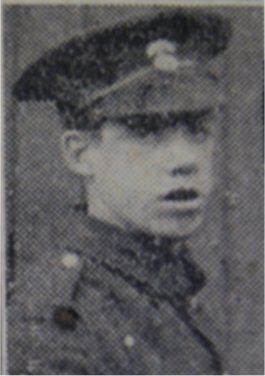 Private Cooper of 32 Annerley Street,
was killed in action in July. He enlisted in April 1915, and went to France last October.

He was 18 years of age and formerly worked at Denaby Main.

His mother has received the following letter from captain Kenneth E.Kirk who is serving as a chaplain at the front, and who, it will be remembered, was formerly a curate at Denaby main:

I am very sorry indeed to have to tell you that Stephen was killed by a German shell in the very heavy fighting of last week. He was bravely working his machine gun in a very exposed place, when he knew that there was great danger, but everyone tells me that he was perfectly brave and cheerful the whole time.

He was killed at once and suffered no pain, and his friends buried him where he fell.

I want to tell you how very much Stephen was liked by everyone here who knew him. I saw him very often, and was pleased to see the fine honest boy he was growing into.

His death is a terribly sad thing for you, but I’m sure you will bare it bravely. The next time I get a chance of coming to see you I will try and tell you more about him. With deepest sympathy and hoping that all the others are safe and well,