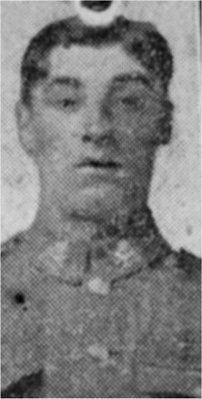 Private Crabtree was wounded on July 2 and is in Edgbaston Hospital Birmingham.

Private George Barker, cousin of the previous mention soldiers (Crabtree’s), was on furlough in Conisbrough last week, recovering from a broken thigh.

He has been in a French hospital for five months, and also in a London hospital.