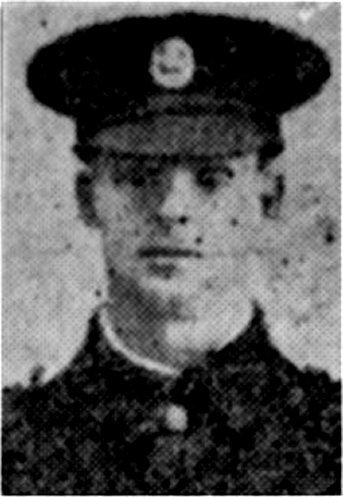 72 Clifton Street Denaby Main, has been missing since October 9.

He is single, aged 26, and has been serving since January 1915. He was wounded at the battle of loos, and has also been in hospital twicewith gas poisoning and once with trench fever.

Before enlistment he worked at the Cadeby Colliery.

His brother private Wilfred Cross, was killed some time ago in Mesopotamia.

“I have made enquiries and found that he went into action with his platoon on October 9, and he reported missing since that date.

I might add that number 5 Platoon was mine, and had been for some months. I’m extremely sorry to have to report the above, for I always found in him splendid soldiery qualities, and at the same time he was a perfect gentleman.”