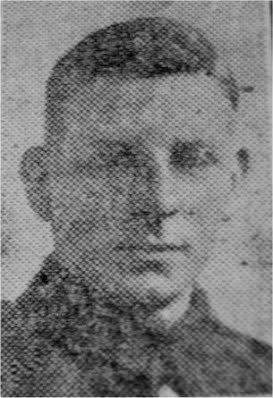 He was 19 years of age and had been serving 18 months, going to France six months ago. Before enlistment he was employed in the locomotive Department at the Cadeby colliery. His parents have received the following message from captain W.C. Hankinson;

“It falls to my painful lot to tell you that your son, who was in my company, was killed on 18th inst. He was acting a stretcher bearer at the time. Both he and his friend were killed by machine gun fire. They suffered no pain. I´m glad to you that your son was always cheerful and a courageous soldier, and a great asset to the company, and the sympathy of both officers and men goes out to you in your bereavement.By Our loss we can catch a glimpse of your greater loss.”

The reverent E.B.Robinson, C.F.writes: “We’ve found your son´s body yesterday (28th ) and buried it in a little cemetery near where he fell. I know you will ever be a comfort you to remember that he has given his life in defence of all that we hold most dear. I pray that our dear Lord will give you comfort and hope in bearing your trouble bravely.”