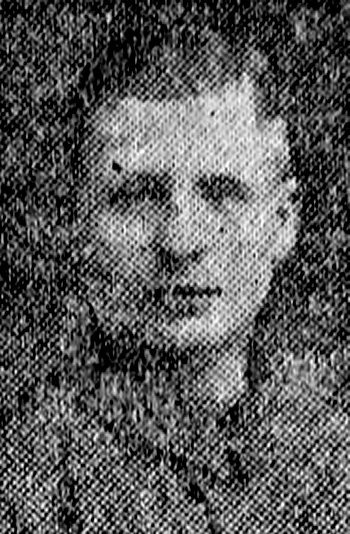 Mr and Mrs John Davy, Castle Terrace, Low Road, Conisborough, received the sad information from the War Office on August 27 that their son Private Arthur Davy (K.O.Y.L.I.) had been killed on active service in France on August 3rd.

Sometime previous to his death, Private Davy had acted as dispatch rider. He was only 20 years of age, and enlisted two years ago last August.

He was invalided home in February suffering from trench feet. Before enlisting Private Davy was employed at the Cadeby pit.

He was a member of the senior class at the Parish church Sunday school.

Mr & Mrs Davy have two other sons who are serving their country – signaller Albert Davy has been employed as a wireless operator for three years. Private Harry Davy (Northumberland Fusiliers) took part in the battle of the Somme, where he was gassed, and became an inmate of a London Metropolitan hospital.

Private Arthur Davy was well known in Conisbrough, and the news of his death has cast quite a gloom over the neighbourhood of his parent’s residence.