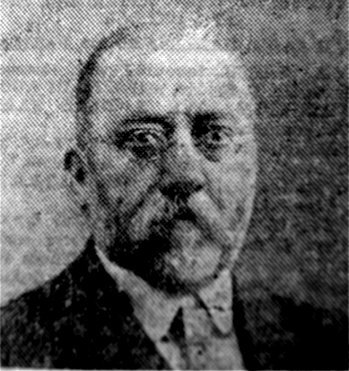 Mr Caleb Kilner, J.P. of Ivanhoe Lodge, Conisborough, died very suddenly on Sunday morning. He had been in indifferent health for a month, but was sufficiently well to travel to Doncaster on Saturday with his son, Mr George Kilner. Then on Sunday morning, about five o’clock, he had a heart seizure, and died within half an hour.

Mr Kilner was in his 77th year, and was the head of the well-known glass bottle firm of Kilner Brothers (Limited). For over half a century he had been a commanding figure in the Yorkshire glass bottle trade, and in the public and religious life of the Conisborough district. He was a man of the highest probity, and combined business genius with the strictest commercial rectitude. He was a rugged, but attractive personality. He was a homely soul, and his relations with his work people at the old fashion freedom and intimacy of mid-Victorian times. He conceived the Whitley spirit 50 years before Whitleyism was heard of.

Nowhere in the district is there a happier industrial establishment than the flourishing glass bottle works at Conisborough. Mr Kilner will be remembered for many desirable qualities, but he will be remembered particularly as an industrial Pioneer, who made a great deal of money honestly, pleasantly, and wholesomly. His life is an example of the success which waits upon industry, perseverance, patience, and intelligence.

He was born in Castleford in 1843, the son of George and Charlotte Kilner, and the grandson of John Kilner, of Thornhill Lees, Dewsbury, the founder of the firm of Kilner brothers. He was educated at the Thornhill Grammar School, and entered his grandfather’s factory at a very early age. His first job, for which he was paid two shillings a week, was to prepare clay rolls for the Crucible makers. He learned, as a workman, every process of bottle manufacture, and, reached the bottle makers “chair” before he was 18 years of age. His practical education completed, he was given charge of a small department of the Thornhill works, and “making good.” There he was sent with his cousin, the late Kilner Bateson, to open a branch at Conisborough, the Don Valley district, having just been “discovered” by the glass bottle trade. That was in 1866.

The Conisborough branch was started with two small “pot” shops, each of eight “holes” and employed 70 people in all. Today there are six shops, with 64 “holes,” employing about 500 people, many of whom, with their families, are housed by the firm.

The Conisborough branch flourished from the outset, but it involved tremendously hard work. Many small employers in those days work side-by-side with their men, encouraging them by their example. Mr Kilner’s oldest employee, Harry Senior, who came within from Thornhill, said on a recent occasion that he had seen Mr Kilner, in those early days, working up to the waist in water.

The business prospered, both at Conisborough´ and Thornhill, but notably at Conisborough, where it was under the direct influence of Mr Caleb Kilner, willing closest touch with every movement in the trade, and was constantly revising methods of manufacture and bringing them up to date. He was enterprising in instinct, was very amenable to suggestion and advice, was very approachable, had many sound commercial ideas of his own, and would reject no proposition on the ground of expense alone. He was very solicitous for his work people, proud of the excellent output they maintained, and always had best relations with them, which were rather those of a colleague than of a master, on the principle of a fair day’s wages for a fair day’s work. He was deservedly popular with his work people, and the leisure of a declining days found him busy with plans for a comfortable recreation club for them.

He was one of the leading employees in the Yorkshire section of the industry and was for several years president, and afterwards, vice president of the Yorkshire Glass Bottle Manufacturers Association. He also served on the Committee of the National Glass Bottle Manufacturers Association. Outside the three establishment of Kilner brothers, he had a number of commercial interests, including shipping. He was, from 1908 until his death, chairman of the Conisborough Gas Company. In 1916, the work people at Conisborough celebrated the Jubilee of the Conisborough establishment by presenting to him, through his oldest work man, Mr Henry Senior (referred to above), a handsome silver salver.

Outside business, Mr Kilner had two strong enthusiasms. One was Wesleyan Methodism, and the other local government. He served the public of Conisborough for many years as way warden on the old Highway Board, and later (in 1903), as a member of the Doncaster Rural District Council in conjunction with Mr Frank Ogley, and, in succession to the late Mr Holmes. He was a member and sometime chairman, of the Conisborough Burial Board, and help to plan the cemetery in which he was laid to rest this week. He was a member for 18 years of the Conisborough School Board, and for the last three years, was chairman. His first public appointment was that of overseer. He took a great deal of interest in this work, and held the office, with great benefit to Conisborough, for a number of years. The increase in claims of business causing him gradually to relinquish his public duties. Some 15 years ago his services to the district were very suitably recognised in 1906 by his appointment to the Commission of the Peace for the West Riding. He sat at Doncaster, and was very diligent and conscientious in the discharge of his magisterial functions.

By no one will his death be more keenly felt them by the Wesleyan Methodists Conisborough, and generally of the Doncaster (Oxford Road) Circuit. He was a devoted Wesleyan and supported that body with the upmost liberality and enthusiasm. He was particularly helpful when the handsome Wesleyan Church at Conisborough, was erected at a cost of £4,080. He did not, moreover, confine his generosity to Methodist causes. He was a good friend of other denominations, and also of undenominational movements a very charitable and uplifting character. His private benefactions were very considerable. There was in all he did a quiet undertone of piety and humility. He was a sterling Christian.

Mr Kilner was twice married; first Miss Sarah Kitson, of Thornhill Lees, and then to Miss Bates, a daughter of Alderman John Bates, of Dewsbury. His second wife died in 1911. Mr Kilner is survived by a son, Mr George Kilner, who was associated with him in the direction of the firm, and two married daughters.

On Tuesday at the Doncaster West Riding Police Court, the chairman, Mr J. Dymond, referred to the loss the Bench and the local community has sustained by the death of Mr Caleb Kilner, a valued and sterling member of that Bench. Later the magistrates passed a resolution of sympathy with the family.

Mr Kilner had been a trustee of the Conisborough Wesleyan Church for 20 years, and the reverent H.Middlewood paid an eloquent tribute to his memory at each of the services.

The funeral took place at the Conisborough Cemetery, on Wednesday, amid many manifestations of sorrow. As a mark of respect from the townspeople nearly all the blinds were drawn along the route from the Lodge to the burial ground, while hundreds of people assembled to pay a last tribute at the graveside. Preceding the committal a short service was held in the Wesleyan Methodist Church, conducted by the reverent, N.J. Willies (of Goole, and formerly resident Minister at Conisborough), assisted by the reverent H. Middlewood, the reverent F.M. Halstead (superintendent of the Doncaster Oxford Place Circuit), and the reverent H. de C. Dallimore. Mr J. Jackson presided at the organ, and the hymns “when the weary seeking rest,” and “I bring my sins to Thee.” (The latter of which was a great favourite of the late Mr Kilner), were some. The remains, enclosed in a plain oak coffin, were born into the church by Messrs T. Brooke, and J. Gentle, W. Kelly, J. Casey, W. Lindley, J. Hirst, G. Senior, and W. Holly, all employees at the glass works. The sanctuary was filled to overflowing, and a large number of people, unable to gain admittance, waited outside in reverent silence. Mr Willis paid a high tribute to the late Mr Kilner, whose life, he said, had been one based on normal and beautiful ideals.

The courtege was headed by the deceased´s work people, about 400 in number, who lined the entrance to the cemetery, while the body of their beloved employer was carried to its last resting place.

Mr. W. H. Chambers was unable to be present due to illness (managing director of Denaby and Cadeby Collleries Ltd).