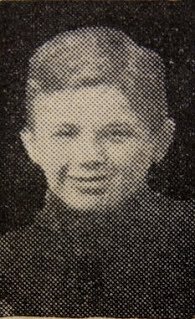 The Doncaster District Coroner, Mr. W. H. Carlile, after praising the efforts of a Conanby man and his companions to save an eight years old Denaby boy from drowning, said he hoped the case of Richard Mannion (8), son of Mr. and Mrs. R. Mannion, of 83, Barnburgh Street, Denaby Main, would be a warning to others who were tempted to play near water.

An Inquest on the boy, whose body was recovered from Vyner´s Pond, Denaby, on Saturday, was held at the Council Offices, Conisborough, on Tuesday.

Evidence of identification was given by Elizabeth Smallwood, of 9, Town Street, Horsforth, near Leeds, who said she was the boy’s Grandmother. His father was serving with the British Expeditionary Force in France.

The boy´s playmate, John Griffin (9), of 141, Doncaster Road, Denaby, said on Saturday afternoon they decided to go to Vyner´s Pond. When they got there Richard went towards the middle on the ice and fell into the water. He went to the main road and fetched some men, who got Richard out. There were about ten boys there at the time, and he had been there before to fish.

The Coroner: Your knew you had no right to go to the pond did you? – Yes sir.

The Coroner: There are plenty of playing fields round Conisborough, why did you not go there? The pond is fenced round with barbed wire, is it not? – Yes sir.

The Coroner: This is what you get when you go where you should not.

Mary Cooper (12), of 52, Adwick Street, Denaby, said she was on the bank of the pond, but had not been there before. She did not think that the pond was safe and she shouted a warning to the two boys. John Griffin obeyed but Richard did not, and shouted “I am not afraid”. She then started to go home and did not know anything about the mishap until told by another girl. She then returned to the pond and saw the boy struggling in the water. Witness stayed by the pond and sent the other children for assistance

A Conanby man who made several courageous attempts to save the child, Lawrence Best, of 17, Denaby Avenue, a collier, said he was waiting for a bus with three of four other men when he saw children coming towards them. They were shouting that there was a boy in the river. They were directed to the pond, where, on finding that witness, was the only one who could swim, decided it would be wise to join hands. As they attempted to reach the boy two of them went into the water. They cleared a passage, but the boy was being pushed under the surface. Witness went into the water up to his neck, but got cramp and had to come out. He then got a branch from a tree and attempted to reach the boy with this, but the boy seemed to sink. Witness got him out and began to apply artificial respiration, which a policeman continued. He had suffered no ill affects from immersion.

The Coroner: This is quite a deep pond is it not?

Witness: Yes. I should say about 20 feet deep in the middle. People used to take boats out fishing in the middle at one time.

Sergeant A. Eyett, of Denaby, said Best was applying artificial respiration when he arrived and he continued to do so. The pond was private property belonging to the colliery company.

The Coroner: Is this a favourite place for children?

Witness: It is Sir. They go there bathing and fishing in the summer, and also in the winter to play on the ice.

Dr. D. T. Clarke of Denaby, said the boy was dead when he examined him and the cause of death was asphyxia due to drowning.

“This boy and others apparently were trespassing on the field where the pond is situated” said the Coroner, summing up. “This is obviously not a public place, and no doubt they were attracted by the pond being frozen over. This was obviously unsafe for anyone to go on to and this boy went further into the middle and was drowned as a result”.

He recorded a verdict of “Accidental Death”, expressed sympathy with the boy´s relatives and said “I should like to congratulate Mr. Best and his companions for their courageous efforts to save this boy. Had they been there sooner, no doubt they would have done so. I should like this to be a warning to others not to go on to ponds of this description unless they can be sure the ice will bear their weight”.

Denaby Boy Overbalanced in Trying to Get Piece of Wood – Drowned In Canal.