One of the “Hardy” Heroes 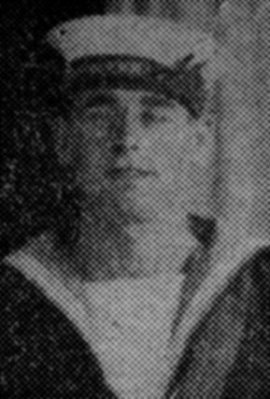 A telegram “Coming home this afternoon” was received by Mr. R. Burton, of 5, Melton View, Denaby main, on Monday morning, and changed the whole atmosphere of that home and the immediate district. This meant that A.B. John Burton, who had been serving in H.M.S. Hardy as a torpedo man, was not only safe but was coming home.

The news was too good to keep and was spread by members of the family. In a short time the home was gaily decorated and in the streets, in the vicinity, flags and bunting rapidly appeared. Even the BurtonÂ´s dog was proudly displaying a collar with the national colours round it.

Able Seaman Burton has been in the Navy for six years and has seen service in South Africa, the Red Sea, and the Mediterranean.

In January of this year he had seven dayÂ´s leave. Then came the return to duty and the incidents off Norway and A.B. Burton was in the thick of it.

After the explosion in H.M.S. Hardy he states they “had just enough way on to take them on to the beach” They landed about 5 miles from Narvik about 150 strong. The wounded and very bad cases were left behind in the villages but those able to do so continued the journey by foot to Bellangen, a distance of about 15 miles. They had lost all their gear and most of their clothing but the Norwegians were extraordinarily kind to them. People who had been evacuated or were being evacuated did all they could in giving assistance and clothing, the villagers ran out to help and provide them with what they could, and in many cases A.B. Burton said “They took clothes off their own backs to give to us. We had blankets, sacking and all sorts of oddments on us, and some were actually in womenÂ´s clothing, one girl taking some of her clothes off to help us. The people were fine, and I can never forget them, or sufficiently appreciate their kindness to us in our difficulties”.

A.B. Burton arrived home at 2.45 p.m. on Monday and was loudly cheered by neighbours and friends.