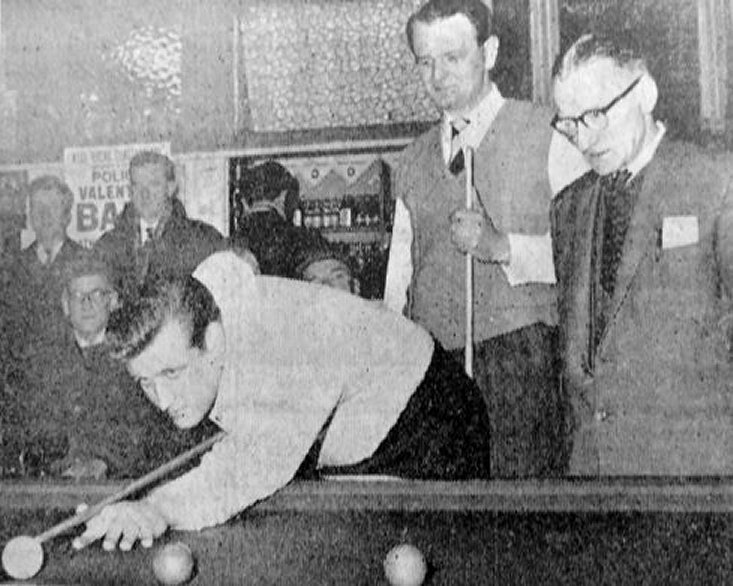 During his 20 years as a Snooker player, Gordon Langley, of John Street, Denaby Main, has won his fair share of titles and awards in competition local and national. Last Friday heput himself in line for yet another when he beat another top-class player in the South Yorkshire group final of the Yorkshire amateur Snooker Handicap at the Northcliffe Working Men’s Club.

Gordon is a former Doncaster and District individual champion, and semi-finalist in the Amateur Youth Snooker Championship of Great Britain – “my proudest moment, even though I lost.”

His opponent on Friday was Jim Stewart, of Balby Bridge, but the 35-year-old Denaby man had high hopes of winning through to the last eight of the all Yorkshire competition; his hopes were justified. It has been said that Stewart has beaten the all England Snooker Champion, Lew Taylor… But so has Gordon.

Stewart previously had already dispatched another Northcliffe player, Bernard Walsh from the competition, but Langley had won his previous rounds in convincing style -2-1, 2-1, and 2-0.

Gordon is grateful to the home support he receives in his matches. “The bigger the crowds the better,” he told me; adding.

“There is no doubt that interesting Snooker andbillards is on the decline, but without a doubt the Northcliffe Club is one of the keenest in South Yorkshire. We always have a good following wherever we go.”

When Mr Lindley talks of “we” he is referring to the Denaby club’s highly successful team, the present holders of the Doncaster and District Snooker League Championship.

The other members – Sam Briggs, Bernard Walsh, Reggie Hayward and Jess Bradley – were looking on last Friday when their colleague made his bid to join some of the best players in Yorkshire in the last eight of the competition.

The price for the winner of the all Yorkshire Final will be a voucher for Â£30, a cue and case, and for his club a new set of billiard balls – it could be a just reward for Northcliffe’s continued support of this less popular than ever game.

Gordon won a tense match on Friday 2 frames to 1. He took the first frame with ease, but narrowly lost the second and just as narrowly won the third to join the last eight players in the competition proper.