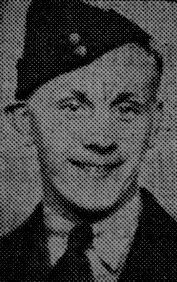 Aircraftman D. Donohue, of the School House, Northcliffe Road, ConisboroÂ´, has been home on seven days leave this week.

Last Sunday he laid a wreath on the grave of a friend of his. A.C. Ronald Pycroft, of Swinton, who as previously reported in our columns, was killed in a London air raid.

A. C. Donohue, who is with the R.A.F.. somewhere in the South came home on 48 hours leave six weeks ago after being reported missing.

Before volunteering for the Air force, Donohue assisted his father who is caretaker at Conisborough Modern School.