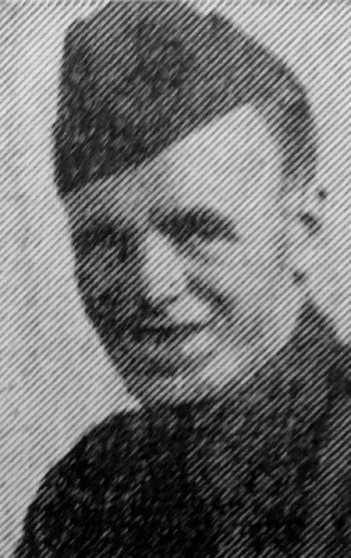 Driver Albert Downing, of 44, Garden Lane, Conisborough, is with the British Expeditionary Force in France, but although he is only 27 he is an “old” soldier – he had seven years in the regular Army, five of which were spent in Egypt.

Driver Downing, who was on reserve for four years, was up for training on August 15th last year and, with war being declared a fortnight later, he did not return home.

Driver Downing, whose grandmother, the late Mrs. Crowcroft, was licensee of The Three Horse Shoes Hotel, Conisborough, at one time, is a native of Conisborough and was employed before war began as a quarry man at the Butterbusk works of the Conisborough Cliff Co., Ltd.

He was a gunner in the Royal Artillery, but his wife, Mrs. Marjorie Downing received a letter during February that he had been transferred to the R.A.S.C as a driver.

His brother-in-law, Gunner Tom Graves, 17-year-old son of the late Mr. and Mrs. Fred Graves, of 36, Garden Lane, Conisborough, is somewhere in Scotland. He was in the Territorials about six months before war was declared and was called up immediately the conflict began.

Gunner Graves, who was home on leave for a week just before Christmas, is an old boy of Morley Place School and was a footballer with the school team. He, too, was employed by the Cliff Company before the war.