False Alarm
Drowning Rumours Cause Stir at Denaby
“Victim” had Gone for a Walk! 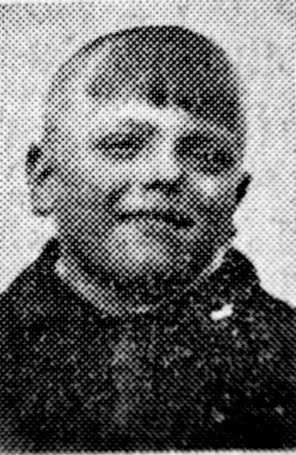 When thirteen-years-old Matthew Noble, son of Mr. and Mrs. Frank Noble, of Loversall Street, Denaby, decided to go for a walk with a few chums on Tuesday evening he did not know the excitement his absence would cause at home. While he was enjoying his walk rumours were circulated about his home that he had been caught in a bed of sand while attempting to bathe in “The Cut” (a flat stretch of the River Don near Cadeby Colliery) and had been drowned.

Meanwhile, Mrs Noble left the house for a few hours and while she was away 14 year-old Walter Platts, of Blyth St. who had heard the rumours, told Mr. Noble the tale, with the result that he was on the point of informing the police until a neighbour suggested that there was no truth in the rumour. “I hope there isn’t” said Mr. Noble fervently.

Mrs. Noble returned to find a ring of friends and neighbours round the house and in due course they told her what they had heard.

“It gave me a shock at first”, Mrs. Noble told the “Times”, but after a while I decided to go down to the Cut and see for myself. I know Matthew was a good swimmer”.

When she arrived at the river bank there was no sign of Matthew (dead or alive) and she came home thinking a few, hard things about people who circulate rumours about imaginary drownings.

“It shook me up properly”, said Mrs. Noble. “One person starts a rumour and before you know where you are everybody is talking about it and telling someone else. Hundreds of people had gone down to the river bank to see if they could find anything”.

Large crowds also assembled in the neighbourhood of the Noble home and everyone was much relieved when young Noble made his appearance.

Sad Case of Drowning at Conisborough

The Drowning Case At Mexbro’