First Show in the New Centre. 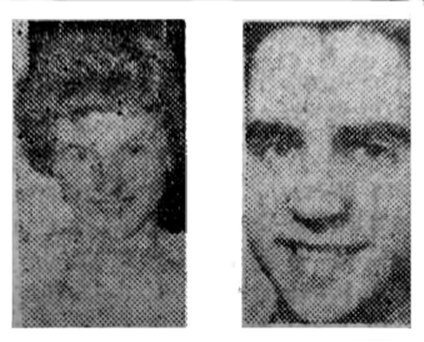 For the first stage production in the new Youth Centre at Denaby, Eric Smith, author and producer, has created “Princess Christaline” a pantomime which follows traditional lines and which will open for a fortnight´s run on February 24.

This will be Mr Smith’s seventh production for the Youth Centre. Last year’s “mother Goose” staged at Conisbrough, raised £100 for church funds.

Heading the cast will be Eunice Gwatkin, as Principal Boy, and (making her debut) Lynne Hunsley, as Princess Christaline, Principal Girl

“Old faithfuls.” Among the rest of the cast for David Blacklock as Dame Trot, Wilf Revill as Ping, and Stephen Duffty as Pong.

Newcomers are John Higgins, as the Bailiffe, Malcolm Holding, as the Count, Keith Mincher, as the Duke and Joan Taylor and Jennifer Wolstenholme as Sam and Susie.

Pupils of the Elm Green School of dance, Conisbrough, will also be taking part.

An additional advantage this year will be the increased stage area and during the interval the adjoining buffet will be open for refreshment.

The Hall seats 100 fewer than previously, so to avoid disappointing the faithful followers of the Youth Centre, the panto will run, as stated, for two weeks.

It is up to raise a some similar to last year’s and so to add to the amenities of the Centre.

Scenery has been painted on the premises by members, led by John Smith, and the girls have helped make the chorus costumes, led by Mrs Smith.

The Show went on – with New Pianist.