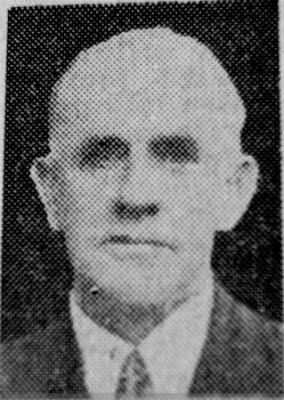 A fortnight ago we reported that Mrs E Hadfield, of Minney Moor, was to sail on Wednesday for the Gold Coast,  in the´Apata,´ for her husband is a shift boss at a goldmine there.

As it turns out, there will be a second Conisborough resident on the boat in the person of Mr Tom Jones of “The Rockies,” Doncaster road, but unlike Mrs Hadfield, who is pleasure bound, Mr Jones is returning to his work.

Mr Jones, who is well known in the district, has for nearly 3 years been engaged at a goldmine settlement near Tarkwa colony and he is returning to his work as a goldmining engineer and company prospecter after a short holiday.

Mr Jones has worked in the Doncaster district as a miner for many years will stop as a boy he was employed at Cadeby Main Colliery and was for some time, an older man at Rossington Main Colliery.

He has lived in Conisborough for six years.