Mexborough and Swinton Times, May 25.

Here is a photograph of four generations taken in the garden and the home of Mr and Mrs Tom Howard, Castle View, Doncaster Road, and the remarkable feature of the picture is that not only of the four generations all males, but it is the second time in succession to Mr Howard’s lifetime that the family has had four generations living in the direct male line.

Mr Tom Howard is with Yorkshire Tar Distillers Ltd, at Doncaster, and his son was before the war traffic Supt with Messrs Stevenson Clarks,coal factors, in Lancashire, Cheshire and North Wales, but is now serving as a Corporal with the Royal Engineers in France. 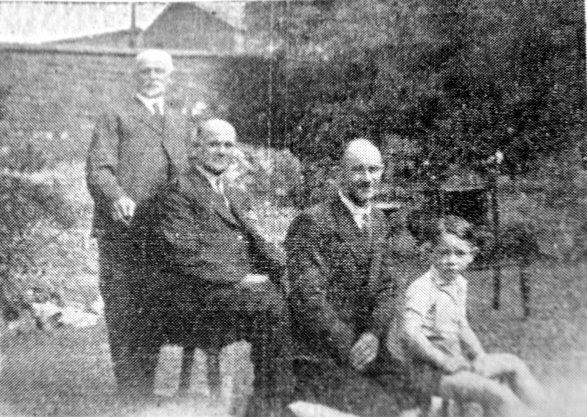