I have just been looking on your website and wonder if you would find the following of interest.

My Grandad is 92 years old and is veteran of WW2 having served with the Kings Own Yorkshire Light Infantry (49th West Riding Division, 1st/4th Battalion – A Company) and fought in Normandy through Holland and Belgium and on in to Germany. I have returned to Europe with him on a few occasions to see where he fought and continue to be as proud today as I was when I first went with to France and Holland in the late 80’/early 90’s. He was injured in Poppel from mortar strapnel on the Dutch/Belgium border and return to England briefly before returning to fight with his unit. On one of his battlefield tours in 1986 my Grandad placed a poppy cross (picture attached) on a comrades grave who was the youngest soldier in his battalion to be killed Pte Ronnie McGrath 17yrs old also from Conisbrough, Ronnie had given a false dob on enlistment.

I went with my Granddad to Doncaster Remembrance Parade at the Cenotaph this year which was very moving, more so than ever before probably due to fact that there are less and less of the WW2 veterans, which is very sad, and more and more young soldiers, equally as sad, that have served in Iraq andAfghanistanlikeparatrooper Ben Parkinson paying respects to fallen comrades and showing his determination to overcome such horrific injuries.

I have attached a few photographs of my Grandad at the service on 13.11.11 together with one from the 1940’s and 2 from his battlefield tours. 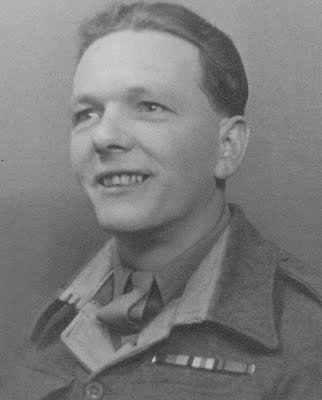 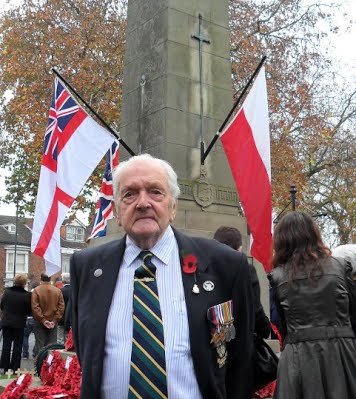