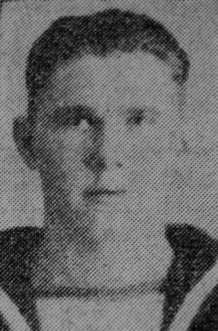 Leading Stoker Walter Garner of 8, Trent Terrace, Conisborough has been in the Navy seven years, has had seven ships and has sailed the seven seas.

For two years he was in H.M.S. Rodney, but since the war he has been in the Renown, and took part in the battles off the Norwegian coast.

L.S. Garner, who returned on May 9 th after a nine days leave following these engagements told his wife that “they were hoping to have another `goÂ´ at the Scharnhorst: they put all the guns of the German ship out of action last time”.

Garner, who is 25, worked at Cadeby Main Colliery before joining up. Leading Stoker Garner, who was christened and married at St. AlbanÂ´s Catholic Church, Denaby, and went to school at St. AlbanÂ´s School, is the only son among the six children of Mr. and the late Mrs. Fred Garner, of 66, Clifton Street, Denaby.

His father, an old soldier, had 21 years service right through the Great War.