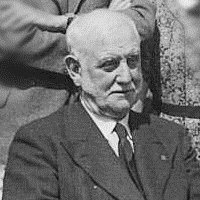 The real burning idealism of the Labour Party was given to a great audience of members of Local Labour Parties, in the Large Hall, at Denaby, on Wednesday evening when Mr. George Lansbury, M.P., in the course of his Yorkshire campaign, was the principal speaker.

By train and motor conveyances of all kinds, members of neighbouring parties had rallied for the meeting and enthusiasm was at a high pitch.

Mr. Lansbury opened with works of warm praise for the Don Valley member. In the present Parliamentary Labour Party, he said, there was a “little trinity” of young men from those parts – Messrs. Williams, Paling and Smith – who were among the most industrious in the House, who knew what they were talking about, who could follow up their questions effectively. They were proving themselves thoroughly good representatives by reason of their being graduated at the school of experience of everyday life, which was what the House needed. There were many rich men who knew nothing, many round pegs in square holes – and he singled out Col. Lane-Fox, “the fox hunting squire”, whose appointment to the charge of the mines, he declared “a scandal”.

To the miners, and not to France, he was prepared to take off his hat, continued Mr. Lansbury, for the miners faced accident and death more often on the average than the soldiers and sailors. Dangers great by any conditions were multiplied by the hurry-up methods of capitalism to get a certain output. With more men and more labour saving machinery than ever there was no need of hurry and scurry in getting a living.

The workers always suffered when they produced more than was needed. In the country was plenty of work for the two million unemployed – the Labour Exchange figures were now no real guide. If the Government had the will to organise it. Disabled ex-servicemen, old worn out men and children should be taken out of the labour market. First every able-bodied man should be employed, and should be proud to pay for the maintenance of disabled and unfit, and the country was rich enough to maintain the workers, children at school until their education was complete and they were fully equipped.

Machinery, which had become a curse instead of a blessing because it was used for profit-making, should be a means of reducing the hours of labour of all men employed, and not of sacking as many as possible. He hoped the day would come when coal-getting would be largely by machinery.

He admitted the charge of “red-flaggers” – but the red was the symbol of one blood, one race, one humanity the world over. He did not believe in killing of any sort. The world was in its present condition because evil did not remove evil, wrong did not right wrong.

“The minds our little battle plan. True thought has moved the world before, and so it will again”

The revolution they aimed at was the revolution in menÂ´s minds. There was always change and never any standing still in life. If the nation was allowed to drift as at present, there was only one end – as in Russia.

England had to face either violent revolution, or worse economic decay. The latter had been the cause of the fall of all the great empires throughout history. And the problem before the British people was whether they were going to turn their society from a competitive to a co-operative one. And the condition precedent to any such change must be in change in thought of people.

They must learn that only by their thinking of the wellbeing of one another could salvation come, by the collective rather than the individual outlook. While every man should love his country, he should also remember that the interests of workers of other countries were the same as its own.

The two industries suffering most were coal-mining and agriculture. No nation could permanently exist without the agriculture population. In London and most big cities families died out in three generations.

The cultivation of the land was necessary to give us a stable home market and to preserve national physique. Big farmers and landlords had failed to cultivate the land, and he quoted the case of Denmark as an instance of agriculture organised on a common sense basis. From one of the poorest, Denmark had become one of the richest agricultural countries. In Denmark they had few millionaires and scarcely any poverty – wherever there were millionaires, there must be paupers – and they did not educate every child on the same lines. Real education was to draw out of the child what was in him, to develop his own particular “bent”. They should have training camps for agricultures as they had during the war for training in the work of killing.

They must stabilise the home market. The European market was at resent closed, and the world market was contracting. The busiest industry in Lancashire was that which turns out cotton-making machinery for use in India. To save ourselves we must fall back on our own market. If the land was properly cultivated, the people doing it could just as well buy what all produced.

No nation had permanently benefited by war. To say that there was not room in the world for all of them was the devilÂ´s own teaching? They must seek peace. All history went to prove that the conquering nations were, in the end, conquered. The people of this country had greater political power than any democracy had ever had. Were they going to use it in the same selfish manner? The Labour Party was not a “class Party” in the ordinary sense. Take the workers out of the community and who was left who was worthwhile? The workers were urged to study how their labours should be for the benefit of the whole community.

Before closing his address, Mr. Lansbury uttered a word of warning: “The Labour Party is not going to give you a new heaven and earth to-morrow morning. Whoever tells you it is lies. There is no way to the Promised Land until you want to get there. We have first to stir your imaginations with the desire for change ….. Welcome to enlist you in a great campaign. We have nothing to give you but a share in the struggle of the human race. If you rise all mankind will rise with your. We can but give you the glory of the great enterprise, and we wonÂ´t leave widows and orphans behind as we go forwards. It is a campaign in which no man or woman shall lose: because the ideal will be real all the time. Governments donÂ´t much matter. The thing that matters is that you possess a soul, and that the end is not to gain for yourself but to gain for all mankind. That is the task of the British working class”. (Loud and prolonged applause).

Mr. Tom Smith gave a plain straight-forward statement of some of the things that had been done in the House. The great difference between the Labour and Tory politics was that the latter viewed every proposed measure of legislation from the standpoint of the cash-book, and profits: while LabourÂ´s viewpoint was that of humanityÂ´s well-being. He ventured to assert that if many members spoke on public platforms in their constituencies as they did in the House not one in a hundred would be returned.

“The Yorkshire miner, while one of the best men in the world is generally apathetic”, said Mr. Smith. They did not attend meetings, and blamed the local officials when things went wrong. During the ten years ended 1921, 12,876 men and boys were killed in the mines of Britain. The cash value placed on these human lives was 2 Â½ millions, or thereabout Â£200 each. During the same period 4,000 royalty-owners too as their share of products of mines, 60 millions. Were the figures reversed it would be more just. When Labour fought for a new workmenÂ´s compensation bill, they were told there was not enough money in the industry. If that were so they should put a twenty per cent tax on the usual royalties.

Several questions of a thoughtful and constructive character were dealt with after the speeches. One questioner called on Mr. Lansbury to state whether he was in favour of a Catholic School for Denaby.

Mr. LansburyÂ´s reply was that he was in favour of full facilities being given to those who desired their children to be taught a certain religion but exactly how those facilities were to be provided was purely a local question.

In the course of another reply, Mr. Lansbury let fall the interesting suggestion that every miners lodge should contain copies of Hansard, giving the reports of the work of Parliamentary matters as well as of the debates in the House.

Several questions concerned the matter of communist affiliation to the Labour Party. Mr. Lansbury dealing with these said that the conditions of the affiliation of communist were first that they should become an integral part of the Party and not attempt to form a party within the Party, and that they must cease to take their instructions from the Third International: and second that they must drop all idea of a “bloody revolution”.

Mr. Roberts moved a vote of thanks to the speakers.