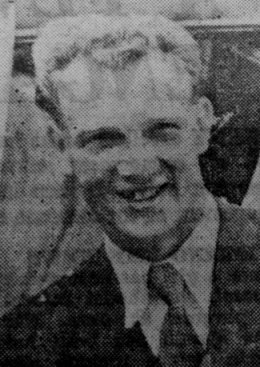 Harry Hough, Denaby United’s player – manager for the past three years, is leaving the club. After Friday’s match, Harry told the “South Yorkshire Times”: “I have had a letter from Mr Arthur Roberts, the Club secretary, saying that he had been instructed by the committee to tell me that due to the financial situation and the general position of the Club we would have to part company.”

Asked about his future plans, Harry said, “I have no plans in mind. I don’t know what to do about football yet. My full-time job is my sports business at Cudworth.”

Harry said he had a rough idea that he would have to leave the club because of the financial situation.

Asked if he had any grumbles he replied: “The only grumble I have is a lack of support from the general public. We served some good football up in the first two years, but the support left a lot to be desired.

“The first season I was player manager. We finished quite high in the league, but we had quite a backlog of matches at the end of the season was due to this fact that we did not finish runners-up.”

This year, bottom of the table Denaby will have to apply for re-election to the Midland League.

Harry has been a yearly contact the Denaby, who may join from Bradford Park Avenue. He was with graphics two years, and before that he was with Barnsley for 12 years. He was the first player manager at Denaby.

Of Denaby’s performance of the past season, he said, “We have had a marvellous team spirit. We have had the best of the local players, but it is obvious you cannot hold your own in professional football, even though you’re the best of the amateurs.

“If we could have afforded someone with experience to hold the lads together we would have been well away.”