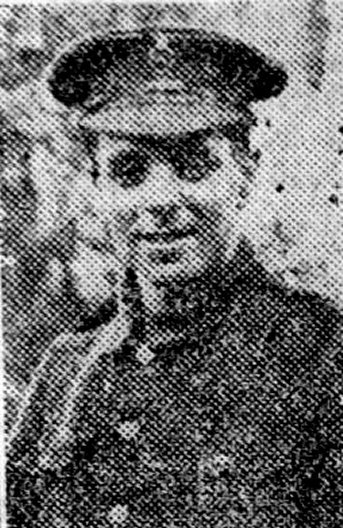 1 Marshgate, Conisbrough, was severely wounded on October 9 by gunshot, in both legs, and is in hospital in France.

He has been serving since August 1915, and has been in France two years.

He had been once previously wounded, on July 1, 1916 before enlistment he was employed at the Cadeby Colliery.

Lance Cpl George S Hirst, reported in these columns last week as dangerously wounded in both legs has since succumbed to his wounds.