Mrs Hampshire, of 19 Doncaster road, has every cause to be very proud of her husband, Lance Cpl H.(Bunt) Humphries.

In a letter received on Thursday morning she learnt the good news that he had been awarded the Distinguished Conduct Medal for bravery displayed on the field on September 3, 1916.

He is attached to a machine gun company. He enlisted about 18 months ago, and served seven months at the Dardanelles, from where he was invalided home with trench foot.

Later he was drafted to France, where he has served five months.Lance Corporal Humphries has two brothers in the forces; Private J Humphries, who is a prisoner of war in Germany, and private Ben Humphries, who is wounded and in hospital in Sussex.

Denaby is justly proud of her heroes. 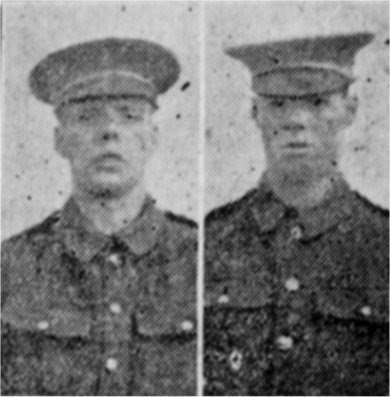