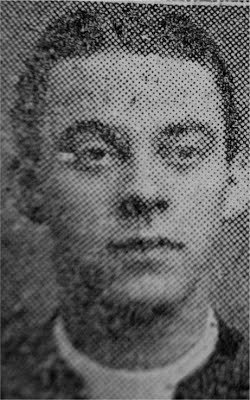 The induction of the Rev Harry Lee, B.A., late curate of St Georges Church, Mexborough, to the living of Denaby main, in succession to the reverent H Brandreth Greeves, appointed vicar of Hackness, near Scarborough, was performed by the Bishop of Sheffield on Monday evening. There was a good congregation, among which one noticed a large number of Mexborough parishioners, while the choir was augmented by choristers from St Georges, Mexborough. Mr G.M.Coates of Wath was the organist. The reverent H. de C.Dallimore, of Conisbrough, acted as bishops chaplain, and there were also present other clergy

The new incumbent took the oaths and made a declaration:

The Bishop, speaking from the text, “I am not able to bear you myself alone.” (Deuteronomy 1.9″ compared the status of the man appointed by the church to further gods kingdom on earth, and the late helper in the church, and said they were both necessary to shoulder the burden of Christianity.

He felt convinced that it was in keeping with the divine purpose that lay helpers should take a large share in the work of the church as well as the ordained ministers. He would also like to urge the point that an ordained minister must consider himself divinely appointed. If the Minister did not really believe that he was specially called upon by the holy spirit to carry on the work of the church, then he went back upon the service of ordination and belied his ministry.

They will find that their new vicar was not only conscious of the special gift of the older spirit, but that he was definitely commanded from above to carry out the work. The Bishop said the responsibility of a M.P., though great, could not be compared with the responsibility of one of God’s ministers entrusted with the care of souls. He went on to speak of the great need for reforms in the church, and the effort that was being put forward to secure self-government which would enable them to remove their weaknesses and faults. There was a great deal to be done in this respect, and strenuous efforts were being made. There was also a great deal to be done in other directions and church workers should render all their devotion, help, and wisdom, to their own parochial affairs. They must help to share the burden of their vicar, in steadying, maintaining, and building up the church.

He was not one of those who thought that the reforms for the church had been delayed too long will stop they would have more power in the future, and the experience they were now gaining served them in good stead.

In a final appeal for support and all out of assistance for the new incumbent, the Bishop asked them to do just as well as did the people of England during the war.

Vicar of Conisborough – Institution and Induction