Interned in Belgium
Conisborough Airman Brought Down
After Leaflet Raid 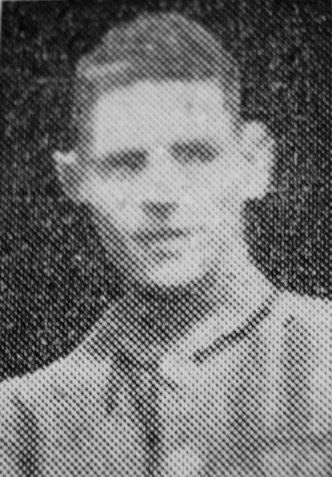 A Conisborough household had an unpleasant shock on Sunday when they learned from the police that a member of the family was interned in Belgium. As the result of being brought down in one of the “propaganda” claims while returning from a leaflet distributing raid over Germany.

The household was that of Mr and Mrs T Steel of Denbrook, Conisborough, whose 20-year-old son, Alan, an aerial gunner and wireless operator, went on a propaganda exploits as a member of the crew of a plane, which apparently crossed over neutral Belgium territory, by mistake, and was forced down.

A cryptic police message was received. The message, which was signed by Flight Lieutenant RW Pope, bore a postscript, however, which sent a letter would follow and Mr and Mrs Steelwould then learn whether their son is merely a prisoner or whether he has been injured in the course of the landing.

It is not known whether the neutral planes opened fire on the raiders, although it has been established that the English planes were encircled by fighting machines and forced to descend.

Mr Steel, who was educated at Mexborough secondary school, joined the service at the age of 18, and has been stationed at Cranwell, Finningly, and Driffield.