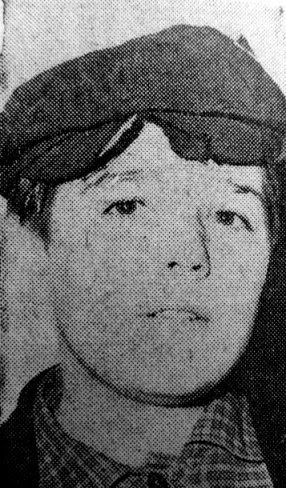 At a time when “Beatle” John Lennon and his wife have brought fame to the jockey style “Mary Quant type flat hat” Cadeby main colliery workers have “come up” with a find proving that this modern fad is not quite as new as it seems.

On Monday, Contractors opening out a new roadway between the HighMoor and Barnsley seams, unearthed what appeared to be a 64 years old peak hat bearing a striking resemblance to the `Beatle’ hats, which today are a must for all `Mods´

The remarkably well preserved hat was brought into the “South Yorkshire Times” office on Wednesday by 17-year-old Melvyn Reeve, who works in the pit bottom discharge section at Cadeby.

Melvyn, whose father is colliery surface worker Mr B Reeve, of 24 Cadeby Avenue, Conanby, Conisbrough, told our reporter, “I was given the cap by contractors who found it when they opening up an old roadway about half a mile from the pit bottom.

“Near it they also found a cutting from a Sheffield newspaper of 1900. If the peak had been a bit bigger they´d have taken it for a `Beatle’s´ hat.” Melvyn added.

The tattered remains of the newspaper contained a date February 23, 1900, and amongst the contents are advertisers for spring mattresses at 6s 6d, a silver English lever watch for 35 shilling, plus the following fascinating notice which again has a curiously familiar ring about it. 64 years after:

“Watson’s matchless cleanser is the housewives friend. It saves health, strength, and wealth; washers her clothes with ease…” And so on.

It probably washed whiter too.