First Musical is a School Triumph. 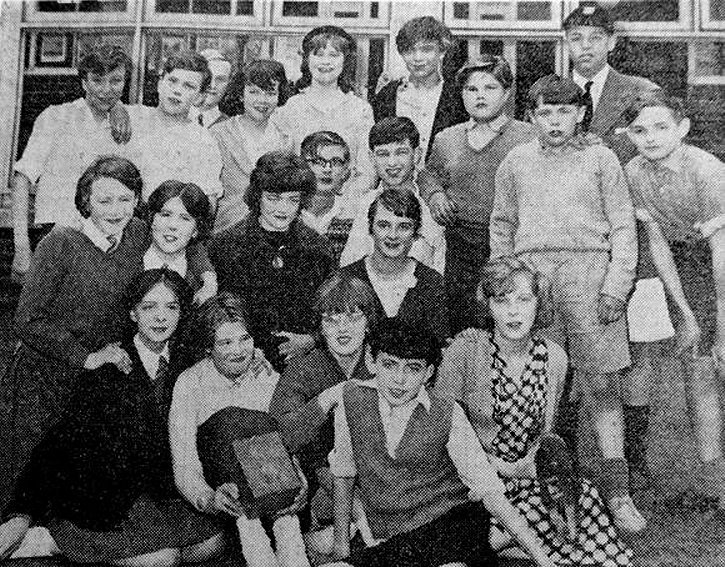 The Evacuee Children from ‘It’s a Small War’

With undisguised enthusiasm and an air of optimism, pupils and staff of Conisbrough Northcliffe High School entered into their first-ever musical production on Wednesday.

And all what a refreshing change, “It’s a Small War” turned out to be. No gritting of teeth as the hackneyed phrases of the generally accepted popular musicals. Nor invalid groans at the floundering of amateur feet in complicated dance routines. This was something new.

The time is 1940. The story that of a group of London children evacuated from the their homes and plunged complete with the city vices into the art of rural England, namely Totterdown Magna.

The situation might seem a little trite but the songs were singable and the players – staff and pupils – so positive and unabashed in their roles that the whole affair was thoroughly enjoyable.

The musical direction, and accompaniment, which gave excellent support and the setting, especially the backcloth of rolling English countryside was splendid.

The production continues this evening (Friday).

Cast For “No No Nanette” – Denaby Group’s First Musical Comedy