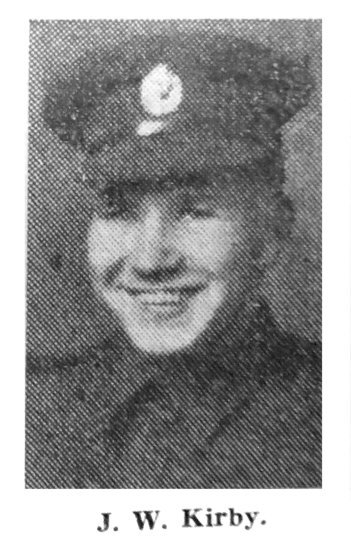 Sapper J. W. Kirby of the Boys Engineers, has served two years with the Railway Section, and saw service in France.

Before being called up he was employed by the L.N.E. Railway at the docks at Hull.

His brother Sergt. Fred Kirby, is in the R.A.F. He had previous service to his credit, and was recalled at the outbreak of war. He was employed by an aircraft firm at London.

Their parents, Mr. and Mrs. J. Kirby, for about 25 years lived in Conisboro´ at Castle Grove Terrace and then in the Station House at Denaby Main.

Later they removed to Hull, where they now reside.