of new Conisbrough, was wounded in the leg on July 3, and is in hospital in France.

His brother private Patrick Linch (York and Lancaster) was wounded in the jaw, shoulder and arms on July 2. Both are single men and made their home with Mrs Mannion, 94 Firbeck Street, New Conisbrough 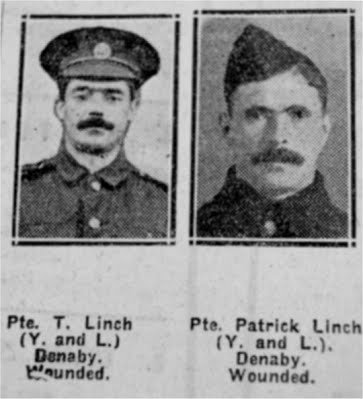