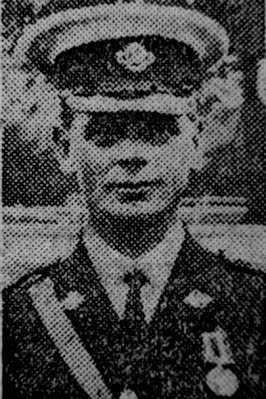 The death occurred on Tuesday night, after a very short illness of Mr. Benjamin Hadfield, at his home, Denaby Villas, Denaby Main. A week ago Mr. Hadfield was at his work as assistant manager of the Cadeby Pit. He was attacked by a cold which developed into pneumonia and resulted in his death as stated.

The occurrence has cut short a career full of promise and left a very big gap in the life of Denaby. Few men have given more time and thought in so short a life to the service of their fellows as did Mr. Hadfield.

Though he was born at Summerhill, Princes End in South Staffordshire, nearly thirty-nine years ago, Mr. Hadfield has practically spent his life in Denaby, for his parents moved to the latter place when he was a child. As a youth he commenced to work in the pit at Denaby, and, by determined study and concentrated efforts, set himself to master the successive stages of skilled coal-mining, steadily rising through the various grades until, as soon as he was of age for responsible charge, he became an official. He ultimately gained the appointment of under-manager of Cadeby Pit.

He already held the Second Class Mining Certificate, which would have opened the way for further promotion. He was a member of the Institute of Mining Engineers and of the Association of Electrical Engineers.

For two years he taught applied science at Sheffield University, but gave up that work at the request of the Colliery management that he should take local evening classes in mining at Mexborough and Denaby.

Mines rescue work was another branch to which Mr. Hadfield applied himself with characteristic diligence and success. In his earliest days in the pit, when he was but a youth, his father introduced him to the gobfire. The young man soon learnt a good deal of this particularly dangerous foe of the miner, and in succeeding years it has become the customary procedure to send for him and a team when local outbreaks were to be fought. He was one of the leaders of rescue parties at the 1912 explosion at Cadeby, and took a big share in the recovery of the bodies from the pit. Since then he has also done good work in this direction at Bullcroft, and at the recent Maltby explosion. He has earned the reputation of being one of the greatest experts in the fighting of gobfires in this part of the country, and was in charge of the Rescue Brigade at Cadeby.

Another service in which Mr. Hadfield did a big and important work was that of the St. John Ambulance Brigade. He was an officer of the Denaby Main Corps of the Brigade and secretary of No. 1 division. As a lecturer on First Aid he was a very successful asset to the Corps, and he performed a great amount of work in connection with the local classes, helping the students to win through their examinations.

In church life too Mr. HadfieldÂ´s quiet but effective work was in evidence. He was a loyal member of the Parish Church, and for some years carried out the duties of aidsman. He was Superintendent of the Sunday School.

Local sport also knew him as an active supporter and player. He was on the committees of both the cricket and football clubs, and played cricket with Denaby second team, acting as captain for one season. He was a vice-president of the Doncaster Cricket League. As a committee member of the Institute his help was found most valuable, and his advice was always relied on in the choosing of books for the library. He was also a member of Denaby Main Welfare Committee of Mexborough Technical Schools Committee, of Gilchrist Lectures Committee, an Examiner of the Doncaster Local Association of Boy Scouts and was connected with the Rotherham Association of Girl Guides. He was also a member of the Mining Students Association.

These were the outstanding of the many activities of Mr. Hadfield in the service of the public of Denaby and district. In all that he took part he gained the respect and regard of those with whom he worked. At the Colliery he was equally popular with management and men. His passing leaves a place in Denaby that will be exceedingly difficult to fill. On all sides the shock of his loss has been felt in a very intimate sense, as if all had lost a personal friend. That feeling is the best tribute of all to the worth of the man.