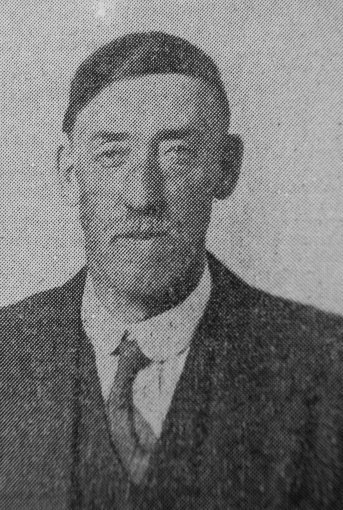 The death occurred at his home, “Ivanhoe Lodge”, Conisborough early on Monday morning, of Mr. George Kilner, a member of a well-known Conisborough family prominently associated for many years with the glass industry of Yorkshire. Mr. Kilner, who was 68, had been in failing health for some time, but had only been confined to bed for a week and the news of his death came as a great surprise and shock to many Conisborough and Denaby homes.

Mr. Kilner, who was born in one of the block of cottages (now demolished) at the Glassworks of Messrs. Kilner Brothers. Ltd., with which firm his father, the late Mr. Caleb Kilner, was so prominently connected, spent the whole of his business career with this important firm of glass bottle manufacturers, which began its life in 1844 at Thornhill Lees, near Dewsbury, and later moved to Conisborough. He was educated at Mr. JacksonÂ´s private school in Hallgate, Doncaster and entered the business at the age of 16. He passed through all departments and in 1913 he was appointed a director. In 1920, on the death of his father, he succeeded Mr. Caleb Kilner as managing director and held that position until the firm closed about 12 months ago.

Mr. Kilner, who on occasions undertook business journeys for the firm abroad during which he visited Germany and France, had the experience of returning to Britain from Germany just before the Great War began. He was of a retiring disposition and took little part in public life in Conisborough; he liked nothing better than to settle himself during his spare time in his easy chair by the fire at home with a book.

During his term as managing director of the company the important OwenÂ´s machines were introduced into the glass works and the number of employees totalled between 400 and 450.

He was one of the founders of the Conisborough Institute and maintained his membership to the time of his death. He was the only surviving trustee of the original three trustees of the Recreation Hall, and for some years he was a member of the Rotherham Golf Club at Thrybergh, but had not played for a number of years.

The funeral took place at Conisborough yesterday, a service in the Wesley Methodist Church preceding the internment at Conisborough Cemetery. The services were both at the church and at the graveside, were conducted by the Rev. Wm. Haby, formerly Methodist minister at Conisborough and now at Hyde, Cheshire. At the church, the organist was Mr. R. Young, junr. (Boscombe), and the hymns “Abide with me”, and “There is a land of pure delight”, were sung. Among the congregation were former work people of the firm and six ex-employees also acted as bearers.