A Denaby  widow has three sons serving with the Forces, and three other sons of military age. She is Mrs. C. A. Lovell, of 11, Blythe Street, Denaby Main.

Her son William Daniel Lovell reached the rank of Sergt-Major and has seen service in India. He left the Army for civilian life with the rank of corporal, and was recalled early in September of last year and drafted to France, where he has gained further promotion.

Albert Edward Lovell a Territorial is “somewhere in the North”, and is a Lance/Bombardier.

The other son, Gunner Horace Lovell, joined the Army just before the outbreak of war and is also “somewhere in England”.

The trio follow in their father´s footsteps, for the late Mr. George Lovell served in the Boer War and the Great War and he, too reached the rank of Sergt-Major. 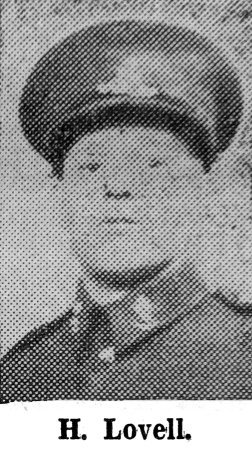