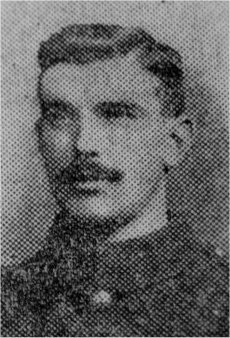 Mr Tom Nicholson, 15 Burcroft Hill, Conisbrough, has been informed that his son, Lance Cpl Fred E. Nicholson was severely wounded in the chest last in action in France, on September 4 and died at 8 PM on September 7.

Lance Cpl Nicholson enlisted in September 1914. He has been on active service in Egypt’s, the Dardanelles and France.

He had been previously wounded when in Egypt’s. He was 25 years of age.