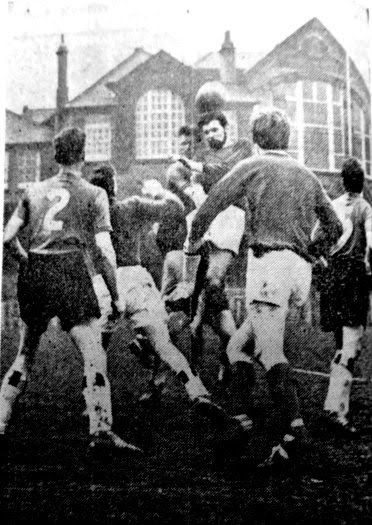 Those who braved the cold at Hampden Road. Mexborough on Saturday to see the Mexborough Challenge Cup, “Derby” final, saw few frills. It was a rugged and hard fought game under greasy conditions, with Northcliffe collecting the trophy for their greater efficiency near goal.

The “Saints” started off as if there were going to get a Apple. Time and time again in the first 20 min. they ripped open the Northcliffe defence but seemed unable to find the goal touch.

The nearest they came to scoring was when right-winger Wood fired in a crackerjack of a shot which was brilliantly saved by Clamp.

Shortly afterwards would again had a great chance, but shot straight at the Northcliffe keeper.

Then the tenor of the game changed and Northcliffe came more into the picture, hard-working Levers, were being given few opportunities early on saw Evans tip his shot over the bar.

It was in the 34th minute that Northcliffe took the lead. The ball slipped out of Evans hands after he had gone down to save, and Levers, who had been given little rope by Southwell, seized onto the ball and hammered it into the net before.

Northcliffe held the lead until the interval, but the second half was only minutes old when Moore had to clear off the Northcliffe goal-line.

After 70 min, however, Northcliffe went two in front, Walker netting after some poor defensive work by the “Saints” 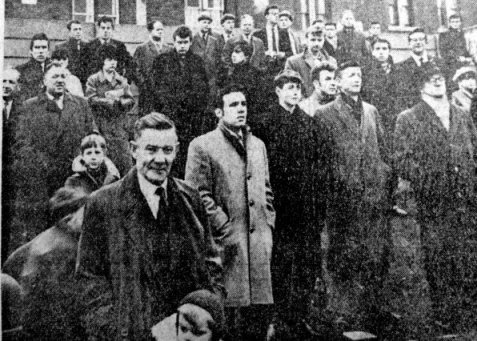 It seemed all over but the shouting when the Northcliffe men got a third 2 minutes from time. They forced a corner and from HarleÂ´s kick, Levers rose high in the air to nod the ball into the net.

But straight from the kick-off St Albans swept straight into the Northcliffe half and Gray scored a consolation goal.

If the “Saints” had been on the mark and had a little more luck in the first 20 minutes, it might have been a different story, but Northcliffe had a tower of strength in centre half Jones, who kept St AlbamÂ´s leader Laycock very quiet.

After the game Mr Matt Taylor, chairman of the Challenge Cup Committee, presented the awards