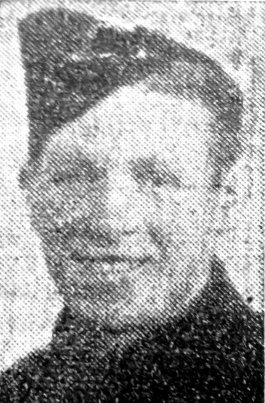 Gunner Leslie Peters (21), second son of Mr and Mrs J Peters, 12, Halifax Avenue, Conanby, Conisbrough, has been serving with a light anti-aircraft battery since the outbreak of war.

Before being called up he was a miner at Cadeby colliery.