A Presentation at Denaby Main. 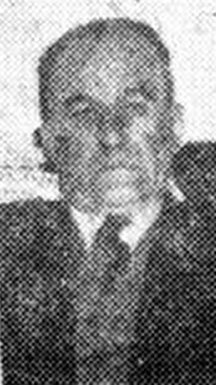 A presentation to Mr Arthur Jolly, of 17 Warmsworth Street, Denaby Main, who has been connected with Denaby Miners Welfare Institute for about 32 years, latterly as a Trustee and Honorary treasurer, was made at the Welfare last week end.

Mr Jolly has assisted in various ways with the work of the Welfare Scheme, notably in the committee, as treasurer and with work in connection with the concert programmes.

The gift, which consisted of a handsome canteen of 33 pieces of cutlery, was presented to him by the oldest member of the Trustees, Mr J Spruce, who paid warm tribute to the manner in which Mr Jolly’s duties had been carried out, and said they were sorry that through ill-health he had felt it time to relinquish some of his public work. They hoped he would enjoy improved health.

Many other tributes were paid, including those by officials of Denaby and Cadeby Colliery NUM branches.

The canteen of cutlery carries the inscription: “Presented by the Trustees of the Denaby and Cadeby Miners Welfare Scheme to Mr A Jolly in appreciation of 17 years loyal service.”

Mr Jolly thanked his colleagues for the gift and good wishes which he much appreciated and said he hoped that, though not in an official capacity, he would be able for many years to continue his interest in the Welfare Scheme. He was very proud of the gift, which would give him and Mrs Jolly much pleasure.

Mr John Jackson, who had been honorary secretary, was elected as Honorary Treasurer to fill the vacancy caused by Mr Jolly’s resignation, and Mr W. Light was appointed as honorary secretary in place of Mr Jackson.

Presentation of the South Yorkshire Cup and Medals at Denaby Main