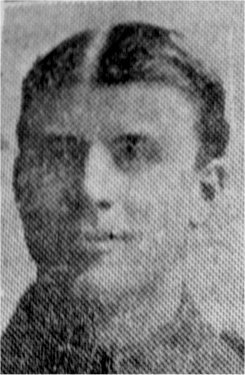 Lance Corporal Preston, 54 Blythe Street, Denaby Main has been wounded. He had been previously wounded, and also gassed. He is aged 24, single, and formerly worked at the Denaby colliery.

Another brother, driver A. Preston (R.F.A.) aged 22 has served in France three years, and was recently slightly gassed.