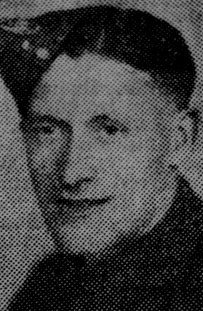 He is a member of a bomb disposal squad of the Royal Engineers stationed at a south-east coast town, and has some interesting experiences to relate concerning the many and varied exploits which members of his squad have undertaken.

They have dealt with all kinds of enemy missiles, from 500lb. high explosive bombs to small incendiaries, and have so far escaped without a single casualty. On occasion they have had to work all day and night without a break, and have sometimes had to dig pits 30ft. before locating and rendering harmless their quarry.

Sergt. Regan strikes an encouraging and optimistic note when he says that despite the heavy and continuous bombardment to which the south-east has been subjected, the material damage is really quite small.

Sergt. Regan, who was formerly employed as a coal cutter at Cadeby pit and as a full-time member of the Conisborough A.R.P. rescue and Decontamination squad, looks forward to receiving from his wife his copy of the “South Yorkshire times” each week, and when interviewed this week remarked that he had recently been in conversation with a regular contributor to these columns, Pastor Belcher, who is running a canteen somewhere in the south-east.