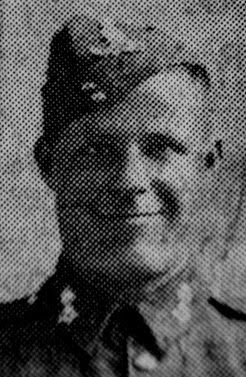 Gunner Frank Rookledge whose photograph we publish this week, was employed before enlistment at Denaby Colliery in the granary.

He was called up in March this year, and in a letter received from him this week he says that he has enjoyed his training and feels fine.

Frank lived in Denaby Main at one period, but later removed to Conisborough.

He is now attached to the training regiment of the Royal Artillery.