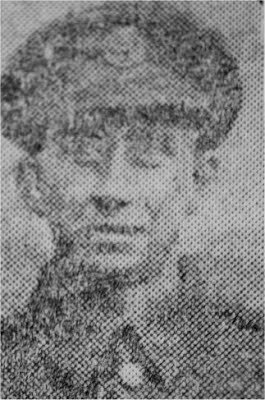 Mr Harry Shacklock, 68, North Cliff road, has been informed that her brother, Private Harold Shacklock (Y and L) was killed in action in France on May 15.

Before enlistment he lived with Mrs Goddard, Beech Hill, Conisbrough.

He was formerly employed at the Cadeby pit.

He was instantaneously killed in the trench along with number comrades by the bursting of a shell. He was 34 years of age