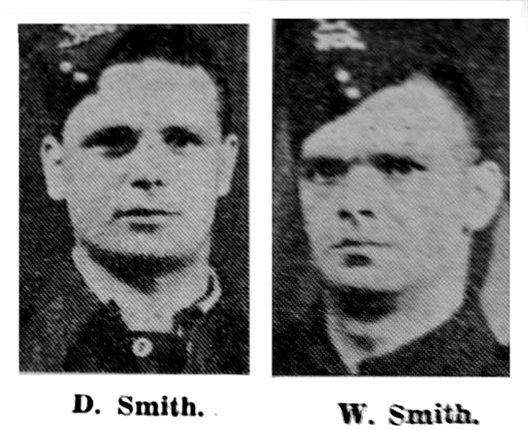 In the portrait gallery this week are two Denaby brothers who are serving with the forces. Private Donald Smith of 67, Blythe Street, who joined the West Yorkshire Regiment last October, and saw service in France, and is now again abroad, and his younger brother.

Private Walter Smith who had previously served four years with the Territorials, and was dispatched to France last September and later saw service in Belgium as a despatch rider.

He was evacuated from Dunkirk and is still doing his bit.