Brother and Sister in R.A.F. 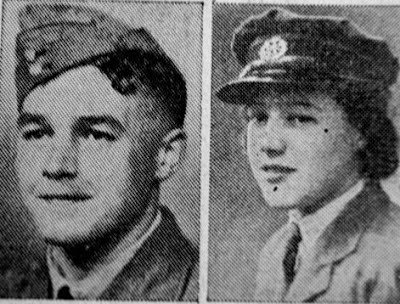 Their second on George William Spurr, volunteered early this year, but was not called up until August, and is now training as a wireless operator. He was well-known in the district having been employed for several years with Messrs. J. Whittakers , First in the Denaby shop and later at Mexborough.

During the last few years he has also studied and passed to sit for his teachers certificate and but for the war had hoped to go to college this year. He was granted leave by his former employers, to get in teaching practice, but is now devoting his energies in another direction.

When at home he was secretary of the Young People Meeting at the Epworth Hall.

His sister, Miss Nora Spurr, volunteered for the W.A.A.F. and joined her unit about a fortnight before her brother. She was previously in domestic service.

She is liking the work and sends interesting letters to her friends.