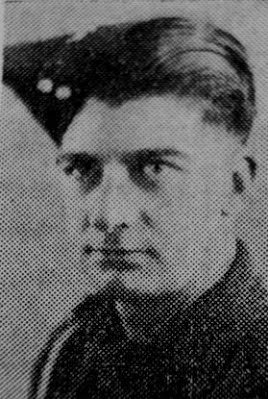 Gunner Gordon Ward, only son of Mr. and Mrs. F. Ward, of 55, Bolton Street, Denaby Main, has been in the Army for Twelve months and is in an anti-tank regiment.

He was for many years soloist of the Parish Church (when a boy) and later he joined the choir again and was still a member at the time of his enlistment, before which he was employed in the Time Office of the Cadeby Colliery.

He says that he is “quite all right” and has some good pals but does not forget his pals at home.