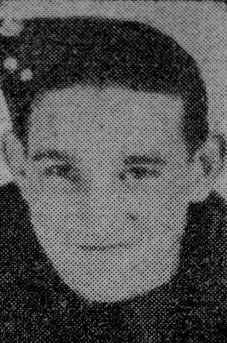 He was 21 years a few weeks ago, and has been in the Army about 6 months.

He was attached to the K.O.Y.L.I. but was later transferred to the KingÂ´s Own Royal Rifles.

At the moment he is acting as batman to a Padre.

He worked at the Denaby Colliery and was well known in the junior football circles.