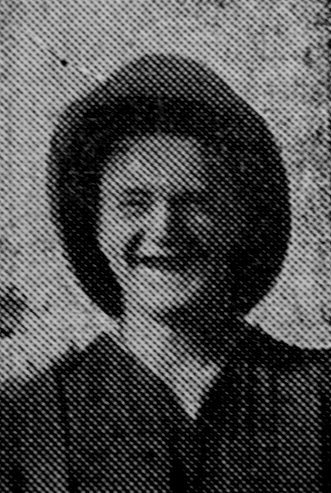 Lance-Corporal William Harold Waterhouse, only son of Captain J. Waterhouse, chief of the Conisborough and Denaby Fire Brigade, and of Mrs. Waterhouse, of 18, Wadworth Street, Denaby, is meeting with considerable success in his Army career in India, where he is now engaged in staff instructor´s duties in physical training.

Lance-Corporal Waterhouse, who joined the Army as a militiaman in September of last year, in securing his instructor´s first-class certificate covered the 100 yards in 10 1-5 th secs., did 18ft. 9 ins. In the long jump, put the shot 30ft. 3 ins., and returned a five feet figure in the high jump. In addition, he also ran the mile in five minutes 39 secs., and has interested himself in such field events as throwing the discus, the javelin and the hammer, and in hurdling.

With a cup he gained for running third in a cross-country run at Halifax before he went out to India, Lance-Corporal Waterhouse, who is 22, won seven Battalion trophies in a short time.

Before joining the forces he was employed as a butcher by Mr. George Plater of Denaby and was married at Warmsworth on Boxing Day.

Every week the “Times” is sent out to him and eagerly sought by the members of his company. Stationed at the same spot is a fellow soldier from Denaby named Cuttle, of Edlington Street and another soldier from Old Denaby.