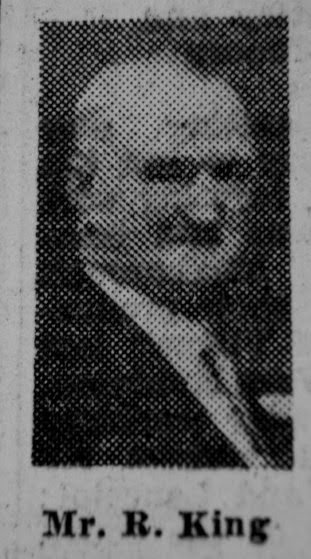 At the age of 65, Mr R.King of 11, Bolton Street, Denaby main, retired last Friday from his post as the assistant head wagon weigh clerk at Cadeby main colliery.

Mr King began work in the Denaby colliery wagon weigh office and after a short time was transferred to Cadeby Weigh office. Last week he completed 52 year service as a weigh clerk.

On Friday, Mr J.F.Crawley, number 3 area marketing manager, paid tribute to his work and efficiency, and on behalf of the staffs at the weigh office and traffic department and others, presented him with a cabinet of cutlery and conveyed to him the good wishes of his colleagues.

Mr King express thanks to all for their gift and good wishes.

Mr& Mrs King are believed to hold a record in that they sent six of their children, Hilda, Violet, Edward, Kenneth, Robert and Betty, to Mexborough grammar school.

Mr King, a native of Newton Derbyshire, will spend most of his retirement doing one of his favourite hobbies, gardening. He also follows Denaby United.