Mr. and Mrs. West, of 15, Cusworth Street, Denaby Main, have three sons serving with the Forces and are proud to say they are doing very well.

They were all employed at Denaby Colliery.

Sergeant Albert West is “somewhere in France”. He has seen 14 years with the Colours and has the long service medal of the Territorials.

Sergt. Leslie West was well known in local football circles and played with Northcliff and Edlington Rangers. He has been in hospital since he went over to France but his friends will be pleased to learn that he is now much better and back with his battery carrying on the good work.

Private Ernest West the youngest son is serving in India. He has had 6 years service now and is in the same regiment his father served in during the Great War. 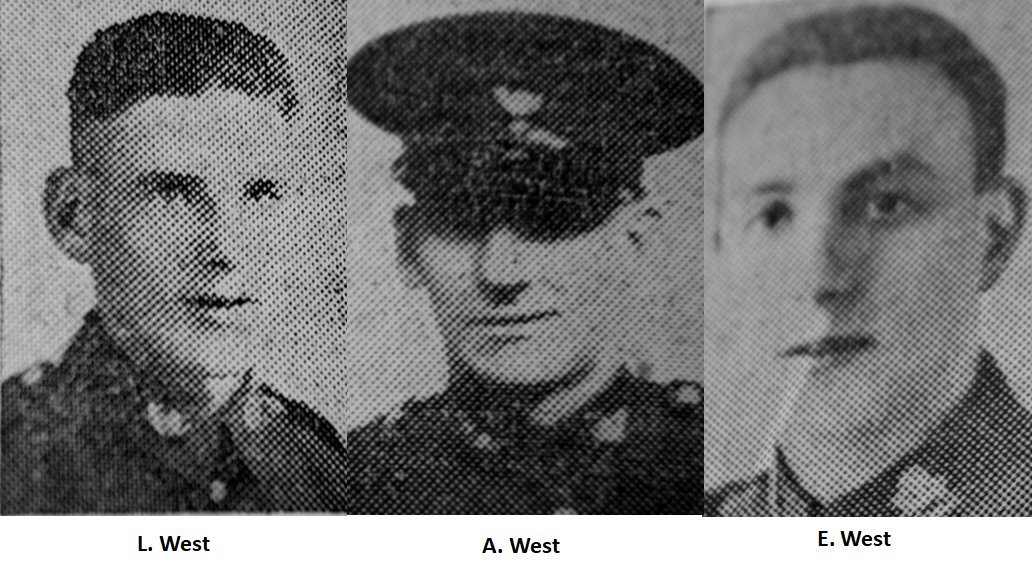