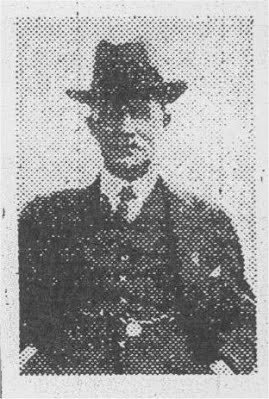 Conisbrough lost one of its best known residents by the death of at his home in Old Road, Conisbrough, on Tuesday of Mr William (Billy) Moore, who died after a short illness at the age of 74.

Had Mr Moore lived until the 25th of this month, he would have reached his 75th birthday.

Mr Moore, who was a native of Tingly, near Morley, and lived in the township for 45 years, and was, before his retirement 10 years ago, a weighman at Cadeby Main Colliery.

During his employment at the colliery he was never absent from work more than half a day and had never been known to be laid on arrival, no matter how bad the weather conditions.

On his retirement, he was presented with an inscribed Westminster chimes clock.

Mr Moore was attracted by cricket.He was one of the most widely known players in South Yorkshire in his younger days. It was a proud boast that he was captain of the Denaby and Cadeby Cricket Club when the side headed the old Mexborough League.

He was always to be seen at Bramall Lane when Yorkshire were playing there and yet seen every Australian cricket team that had ever visited England.

He had been treasurer of the local branch of the Ancient Order of Odd fellows for 44 years, and was presented with a certificate of merit when it held the post for 30 years.

When he was in his prime Mr Moore was well known as an elocutionist and a deserving cause for miles around could always be assured of his voluntary services. It was due to his famous rendering of “How Bill Adams Won the Battle of Waterloo” that many people in the district name as “Bill Adams,” and the name stuck right up to his death.

Mr and Mrs Moore, celebrated their Golden Wedding two years ago. They were married at Woodkirk near West Ardsley.

Mr Moore had been a member of the Conisbrough Baptist Church the number of years and his family are intimately connected with the church organisations.